Good day to you ladies and gentlemen and welcome to another film review and today I will be reviewing the comedy film, Ted.

When I first saw the trailer for this film I was like “Wow, this looks awesome!” The thing is that the first part of the trailer just looked a little lame and generic and then when Ted actually starts doing all these crazy things with Mark Wahlberg and you hear the things he says and you immediately think of Peter Griffin from Family Guy. I was thinking that all that must be a good combination for a good comedy film, so I saw it the yesterday and you know what? It was good, though not as funny as I thought it would be.

So when it comes to the story, most of it is explained in the trailer, but for those unaware he is a summary: John Bennet was a lonely kid who just wanted a friend, so then he is given a teddy bear and at one point he wishes he was real and by some crazy twist of fate the bear comes to life. So then John and Ted are friends for life from childhood right into their adult years. However now John has a girlfriend called Lori and she wants more out of their 4-year relationship. So then John’s world starts to fluctuate when both his friendship with Ted and relationship with Lori is tested to the maximum.

Overall the story is pretty decent, very similar in feel to a Family Guy episode but in a live-action film format. It is full of jokes from start to finish and does have moments of emotion and drama which kind of works or doesn’t depending on how much you like that stuff to be part of a comedy film, the plot does fall into a bit of familiar and clichéd territory, but other than that its a story that works.

When it comes to characters there’s a lot to like. Firstly Mark Wahlberg as John was great, he does have a great presence on-screen and when you see all the stuff he’s gone through in his life you do just want him to find happiness and when he’s torn between Ted and Lori you do feel for him. Now to talk about the title character Ted voiced by Seth MacFarlane, he was awesome. He was cocky, selfish and full of jokes. MacFarlane brings a lot of weight to his character through his voice work and I think the reason I enjoyed the character is that even though he was a bit of bastard, he knows how to have a good time and his crazy antics normally lead to some unnaturally cool situations. And then we have Mila Kunis as Lori Collins, she was so beautiful it was ridiculous. You could understand her character because she wanted her and John to move on with their lives but Ted kept getting in the way of their future, so yeah she was great. I also want to give a shout-out to Joe McHale and Matt Walsh as Rex and Thomas who are both people who were in one of my favourite TV shows Community. Their characters were great in the film and I just thought it was great to see them in this film.

As the first feature-length directorial debut from Seth MacFarlane, he does pretty well. Everything moves as a decent pace and there is number of cues that MacFarlane takes from his TV history and translates it to the big screen. The plot, the style of humour, the actors involved and even the music feels so much like Family Guy its mad. As I said before there any many jokes in this film, from numerous pop culture references of television, film and music to verbal jokes about stereotypes and race and some visual gags too. It really did feel like watching Family Guy or to some degree a lighter episode of South Park. However for all the humour that there was in the film I didn’t find myself laughing all that much. I laughed twice in the entire film and the rest of the time I was grinning. It’s not to say that Ted isn’t funny, it’s just that, like watching Family Guy or American Dad the humour is a bit hit or miss, you’ll either laugh or you won’t. And really wanted to burst out laughing, but this film didn’t have the kind of kinetic, fast-paced humour that you get from MacFarlane’s animated material.

In conclusion Ted isn’t a bad film by any means, I was just hoping to laugh a lot more than I did in the film. Again if you are a massive fan of Family Guy and American Dad then you will have a lot of fun with this film, there’s a lot laughs and references all over and the audience I was sitting in laughed all the way through. For me Ted was a fun little film to watch, however it just wasn’t as funny as I had hoped it would be.

Well that’s been my review, hopefully you enjoyed it and drop me a comment and tell me whether you liked it or not. Until next time people, laters! 😀

Four Films, In One Day, Tomorrow.

Howdy ladies and gentlemen and welcome to another blog post. Tomorrow I am going to attempt to do something that I haven’t yet done in any cinema; I will attempt to watch four films in the cinema in one day. While it doesn’t really sound like a big deal, for me I have never tried to do something so epic before, I mean I’ve done three films in one day before but I want to go one step further. Why? Because I can! 😀

So what films will I be watching tomorrow? Well one of them will be a film I have seen before while the other three will be new films for me, anyways let me show you below:

Yes, I have technically seen this film before, but I want to see it again. TDKR has the same effect on me that The Avengers did, its one of those films that has an addictive nature that compels you to go back to the cinema and watch it more than once. TDKR is totally badass and I love it. But the most important aspect about seeing this film again is because it’s in IMAX! I have only gone to see one film in IMAX and that was Tron: Legacy and that looked friggin insane in IMAX 3D. TDKR looked great on a regular cinema screen, but loads of people who have seen it in IMAX claim that it looks absolutely incredible, so I want in. I have to see it. So that’s what I will do tomorrow. 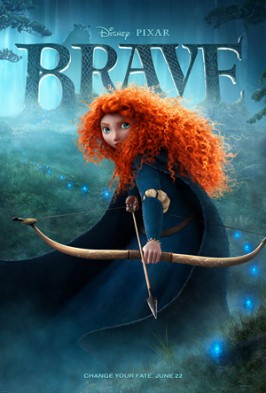 Okay now I am hoping that this film is going to be good. I have been very interested in this film since it was announced and then saw the subsequent trailers that followed. From what I’ve seen so far, Brave looks like Pixar’s most ambitious film since Wall-E. Obviously the film has been out for around two months in America and its reception has been mixed to positive, though regardless of what critics and audience responses to Brave is, I still need to see this film and hope that it’ll be worth my time. Ah The Bourne Legacy, the film I wish hadn’t been made. Now obviously that’s a bit harsh but I’ve said it before, the Bourne series should have just stayed as a trilogy. While I know that there is still a lot of source material to work with from the Bourne novels, I still think that continuing the series was a bad idea, though with that said this new film looks like it could be good. The trailers for The Bourne Legacy does happen to have the right tone and feel to them like the original trilogy and I do like all of the actors involved. Only after I watch the film tomorrow will I be able to see if it’s good or not.

Oh and the last film I’m going to see tomorrow is Ted. From the time I saw the trailer for this I knew I just had to check it out. I have to say that I’m not overly into comedy films and I don’t make a habit of seeing many in the cinema, though in the last 2 years I have watched more and more because they’ve been so popular and everyone’s told me to check certain ones out. I’m only really watching Ted because of the following reasons: 1) It actually looks funny. 2) It’s made by Seth MacFarlane creator of Family Guy and American Dad and 3) Seth is actually voicing the bear in question so he automatically has my interest. Let’s hope this film is worth my time.

Well that’s my list of films for tomorrow, it will be a long day and hopefully I’ll be able to pull it off without any issues. Wish me luck yo, oh and thanks for reading 😀

Howdy ladies and gentlemen and welcome to another blog post. Now depending on whether you come to the blog often or not, you may see that the visual theme for it has changed and the reason for that is because the theme I had originally worked for me, but over time I think it’s started to look a little dark and messy. So I’ve decided to go for a new theme that’s a little simpler and cleaner in its design. The reason for the big change is all to do with the rectification of this blog.

The thing is, I love blogging, but since May this year I have begun to slip up, the consistency of my work became slower and more erratic over the last few months to the point where I’d only make a post every once in a while which is completely different to the quick-fire nature of my blogging from before. So the reason I am doing this blog post is the say that madness like that will not happen anymore. ITS TIME FOR CHANGE. 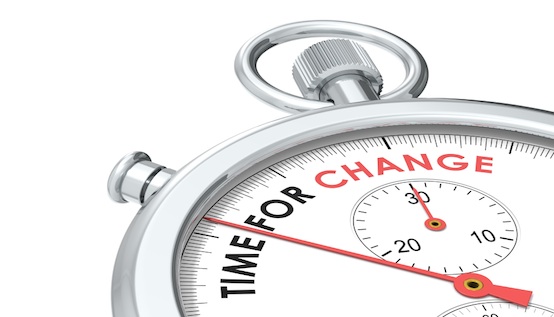 I am making a pledge from today that I will return the world of blogging harder, better, faster and stronger than before! I will return to doing reviews of films, tv shows, games and all those other personal stories in life I love to share with you guys. Blogging is one of the few things in a long time that I have been consistent, so I really want to continue and grow here on WordPress and try to take over the world through the power of my typing (sure that’s a bit of a stretch but hey a guy can dream right?)!

So to finish expect more material from me a lot sooner than before and look forward to my reviews of Brave, The Bourne Legacy and Ted very soon.