Good day to you ladies and gents of the internet, I’m here again to share with you an interesting discussion via my podcast, Film Focus. On episode 76, Drew from Drew’s Movie Reviews not only returns to the podcast but takes over hosting duties as we dive back into the Marvel Cinematic Universe with his topic; The State of the MCU. Since Avengers: Endgame is on the horizon, Drew and I thought it would be fun and interesting to discuss the superhero films from Marvel Studios in a little more detail discussing everything from the best and worst villains to our Top 5 best and worst films to the minimum amount of films you need to see before Endgame comes out.

So join us on a fun-filled discussion and of course know that this is spoiler-heavy, so if you’re not caught up on all of the films it’s best to catch up and then come back.

So what did you think of our discussion? Agree or disagree? I really want to hear your thoughts on this film so drop your thoughts in the comments below and if you have some spare time subscribe to my podcast, Film Focus on Soundcloud and iTunes. Until the next time peeps, laters! 😀

Howdy ladies and gents, I’m back from the underground to talk about some Star Wars! Yeah, so earlier on today we found out not only that Episode IX will now be called The Rise of Skywalker (An interesting title that I shall discuss later), but we also got a teaser trailer and you know I had to share my thoughts on that. So without further ado, let’s talk about that trailer!

Check out the trailer below:

So my initial impressions were this, “Okay, I am intrigued and dare I say excited to see where this is gonna go.” Now I can’t lie, my love for all things Star Wars has diminished somewhat, not only because of my conflicted feelings about The Last Jedi and the haphazard nature of how this new trilogy has been constructed under Lucasfilm and Disney’s watch but also due to some of the really toxic members of the fandom that make it hard to enjoy anything these days… But at the end of the day, I still love Star Wars and want to see more of it and this teaser seems to suggest we’ll be getting something good.

I feel like there’s an interesting tonal balance between the darker and lighter tone, I feel like this teaser is trying to retain what we got from The Last Jedi but infuse it with more of the adventurous side of things we got with The Force Awakens. There’s a lot to like about this trailer, Luke’s voiceover is great, ooooooo Lando! The sense of scale is still really insane, the choice of lighting is nice, it looks like the action will still be intense with a good balance between practical and digital effects and I am just so glad to FINALLY see Rey, Finn and Poe together as a team as that was what wanted in the last film. I’m also really liking the colour scheme and visual presentation as we get shots of Rey in a desert, Kylo Ren in a forest, some aerial shot of a city surrounded by mountains and that awesome shot of Rey, Finn & Poe staring at the remains of the Death Star… But then you hear that laugh at the end, that distinctive laugh. Good god, it’s my boy Palpatine aka Darth Sidious. But what does it mean? Is he alive? Will be some kind of dark side force ghost thing? Will be in a flashback or in some past hologram? I need answers!

On top of that, the title makes me wonder if JJ and the filmmakers will be retconning a few things or not. The title The Rise of Skywalker implies that a Skywalker will be the focus and as we know, Luke is “dead”, Leia can’t be the one and though Klyo Ren is technically of the Skywalker bloodline, he can’t be redeemed (at least I hope not). So who else is left? Is there any secret Skywalkers hiding out there? Or are we gonna retcon Rey’s heritage to make her a Skywalker to explain her abilities and please some of the fans that weren’t pleased with the answer they got in The Last Jedi? Who knows? Either way, I am very curious. 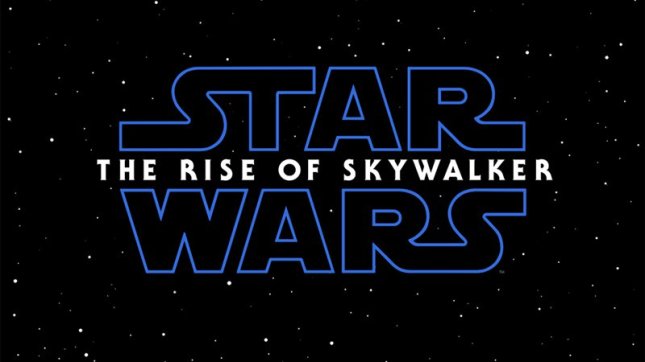 To conclude very intrigued by The Rise of Skywalker teaser trailer, there is a lot of interesting things going on and a lot to speculate about. I have my hopes and fears, but I want to believe that this will be a satisfactory conclusion to this trilogy.

So have you seen The Rise of Skywalker trailer and if so what did you think of it? Are you hyped, curious or underwhelmed? Let me know in the comments section below and I’ll see ya on the next review, laters! 😀 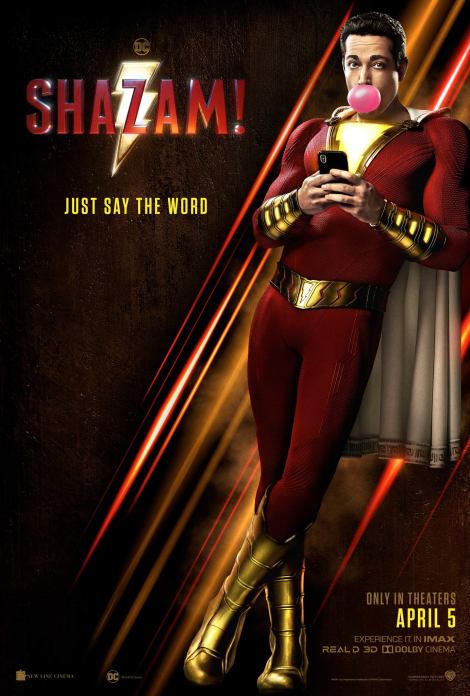 Howdy ladies and gents of the internet, I know this one is a little late but back on here to share my thoughts on Shazam! in the form of a review via my podcast, Film Focus.

On episode 75 of Film Focus, I share my thoughts on Shazam!, the latest superhero film from DC and Warner Bros. Now, I recall seeing the trailer for this film online during Comic-Con 2018 and being quite intrigued. The concept of a kid being able to transform into an adult superhero with Superman-like abilities is such a crazy and unique idea with lots of possibilities cool superhero adventures. And after the early positive word of mouth came out about the film two weeks ago, I got really hyped to see it. So after seeing it a recently, how was the film? Well, check out this spoiler-free review to find out!

So have you seen Shazam! and if so what did you think of it? I really want to hear your thoughts on this film so drop your thoughts in the comments below and if you have some spare time subscribe to my podcast, Film Focus on Soundcloud and iTunes. Until next time, laters! 😀

Posted by Hypersonic55 on April 6, 2019 in Film Reviews, Reviews