Howdy ladies and gents of the internet, I know this one is a little late but back on here to share my thoughts on Us in the form of a review via my podcast, Film Focus.

Now, this is a film that a lot of people have been looking forward to not only because it was the follow-up to 2017’s Get Out, but also because of the hype surrounding the marketing. Once the trailer came out I recall the internet going crazy for it, but I never saw the trailer or any of the marketing at all just because I was sold on Peele and the cast. And with the early glowing reviews, film fans everywhere were excited to see what the deal was with this new film. So today I share with you my spoiler-free thoughts. 🙂

So have you seen Us and if so what did you think of it? I really want to hear your thoughts on this film so drop your thoughts in the comments below and if you have some spare time subscribe to my podcast, Film Focus on Soundcloud and iTunes. Until next time, laters! 😀

Good day to you ladies and gents, and welcome to the first TV review I’ve done for ages in the form of Love, Death & Robots. I knew after I saw the first trailers for it last month that I’d have to give a watch, and after finishing it yesterday I felt compelled to share my thoughts online. So today I will be sharing my spoiler-free thoughts about this experimental show. 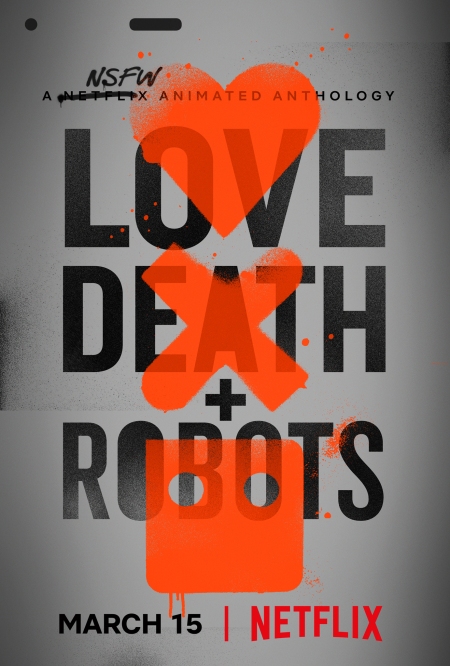 So what’s the show about? Well, it is essentially an 18 episode anthology series full of short stories that vary in tone, length, structure and presentation and relate to love, death and of course robots. The first great thing about the show is its length, these days with so many shows trying to compete for your time and some us (especially adults), don’t have the time to invest in a lot of them not only because of the episode duration but also the number of episodes/seasons as well. Love, Death & Robots is not only 18 episodes, but their duration varies from only 7 to 17 minutes, so getting through the whole thing isn’t too difficult. The issue with that comes with certain episodes feeling like they needed more time to flesh certain elements out or that they end abruptly.

As for the stories themselves, they all vary in quality. Some can be very intense, thought-provoking, disturbing, visceral and magical, other times it can be quite silly, strange, funny, casual and/or pointless. I found my engagement fluctuating from being super invested to disinterested. Some of the episodes felt like they established a whole with rules, mythology and characters you could invest in and wanted to see more of, while others felt like good ideas that needed more fleshing out. Your investment will depend on personal preference and while each episode is worth working, only around half of the 18 episodes left a major impression on me which I shall highlight below.

The performances from the various cast members including Mary Elizabeth Winstead, Topher Grace, Gary Cole, Samira Wiley and Stefan Kapičić, are mostly good with some standing out more so than others, however, some voice performances were a little questionable when it came to doing certain accents.

The main draw for this show is its visual presentation which is all sorts of delicious! Now that may be a bit of an overstatement considering that I’m an illustrator and aspiring animator, so naturally, I gravitate towards those elements. But seriously this is some of the most visually striking and impressive material I have seen put into a TV format. The various studios that worked on the show have crafted visuals that utilise live-action footage, CGI, 2D and 3D animation and rotoscoping, and the way some of these styles are used individually or together is nothing short of amazing. I love the level of realism implemented in the 3D material, while some of the unique art direction for the 2D material was beautiful, some episodes had very vivid and beautiful colour schemes and others had incredible camera work with cinematography equal to a really high-quality video game or Hollywood film.

So to conclude, Love, Death & Robots is a fascinating, intriguing and unique TV experience that needs to be seen. While not all of the stories are compelling and some of the stories, subject matter and violence will turn certain audiences off, I feel like I had a good time with the show I would recommend it purely for the visuals alone as that is the show’s strongest element.

So have Love, Death & Robots and if so what do you think of it? I’m very curious to hear your thoughts, especially from any female viewers considering some of the online articles that have been brought up the way some of the women have been treated in the show. Leave your thoughts in the comment below and until next time, laters! 😀 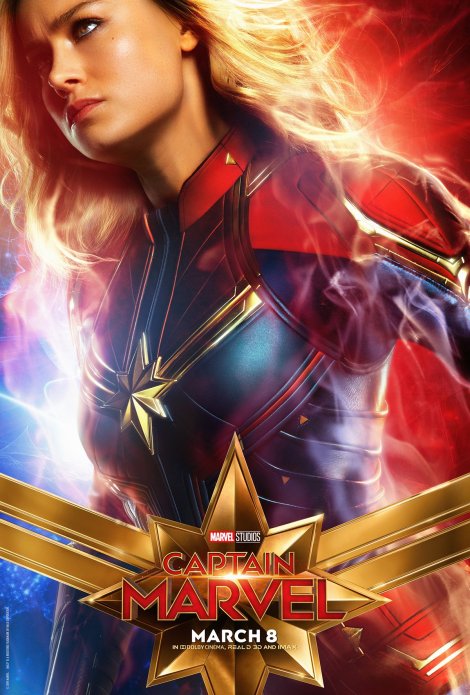 Howdy ladies and gents of the internet, I’m here again to bring you another review and today I’m sharing my thoughts on Captain Marvel via my podcast, Film Focus.

Now here’s the thing, I saw this film over a week ago, and I uploaded the review on Soundcloud at the start of last week, and yet I just didn’t get around to posting it on here. So yeah my thoughts may seem a little redundant considering how quickly people take information these days, but for those who are interested in my opinion, well here it is:

So have you seen Captain Marvel and if so what did you think of it? I really want to hear your thoughts on this film so drop your thoughts in the comments below and if you have some spare time subscribe to my podcast, Film Focus on Soundcloud and iTunes. Until next time, laters! 😀

Pros and Cons of the Marvel Cinematic Universe Part 2

Good day to you ladies and gents of the internet, I’m back again to give you part 2 of my Pros and Cons of Marvel Cinematic Universe via my podcast, Film Focus.

Now if you haven’t listened to Part 1, better go back and check that one out because it was pretty good. In the last episode, Drew from Drew’s Movie Reviews and I talked about the pros and in this episode, we discuss the cons, from the use of villains to music to the complications of having a shared universe of films, we cover a fair amount and I hope you enjoy.

P.S. There were a number of mistakes made here and there and some information I forgot to cover while in the episode, but I just wanted to let you know in advance. Forgiveness, please.

So what did you think of our discussion? I really want to hear your thoughts on this film so drop your thoughts in the comments below and if you have some spare time subscribe to my podcast, Film Focus on Soundcloud and iTunes. Until the next time, laters! 😀

Posted by Hypersonic55 on March 7, 2019 in Film Reviews, Reviews

Pros and Cons of the Marvel Cinematic Universe Part 1

Good day to you ladies and gents of the internet, I’ve finally returned with another topic of conversation that I hope you will enjoy. So with Captain Marvel fast approaching I thought it would be fun to look back at the Marvel Cinematic Universe and discuss the pros and cons via my podcast, Film Focus.

So this is a subject I’ve been wanting to cover for almost three years now, it was just a case of finding the right timing with when it comes to the ongoing Marvel films and getting out of work to record it. Thankfully I’m not alone, returning guest and good homie, Drew from Drew’s Movie Reviews is along for the ride to help me and I must say he did a fabulous job. 🙂 Now since the recording ended up being a little longer and in-depth than I expected this subject ended up becoming a two-parter. So in this episode, we cover the pros of the MCU from the characters to action scenes to characters and humour, we cover a lot and hopefully, you’ll enjoy listening to our discussion.

So what did you think of our discussion? I really want to hear your thoughts on this film so drop your thoughts in the comments below and if you have some spare time subscribe to my podcast, Film Focus on Soundcloud and iTunes. Be sure to drop by again real soon for part 2, laters! 😀

Posted by Hypersonic55 on March 5, 2019 in Film Reviews, Reviews