Good day to you ladies and gentlemen, it’s a new year so you know what time it is, once again it is time for my preview of upcoming films that I believe are worth a look entitled: Films to look out for in 2018! In PART 1 I’ll be covering films released from now until March, and last year I got a lot of bad choices in the list so I’m hoping I’ll do better this year haha.

At this point I’m sort of over Liam Neeson as some older action star running around and being some sort of badass, it was fun at first but since he’s done it so much since Taken in 2008, it feels tiresome. That being said, that it something oddly addictive about watching Neeson get out of these troublesome and ridiculous situations that no one his age would really get into. So that is why I am curious about The Commuter, the premise is interesting enough and some of the stuff in the trailer looks so absurd in a funny way that I am curious to give it a watch. 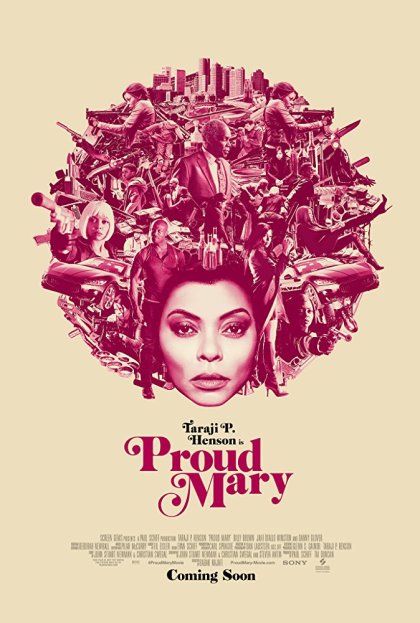 I had no clue it existed until I looked it up and on paper, it sounds like it is right up my street. You have Taraji P. Henson in an action thriller playing a hitwoman running around and kicking ass, that’s cool. However, the trailer, I’m not keen on it. The premise sounds fine and the stuff in the trailer looks fine, but the way the trailer was edited, the use of sound effects and even the music (which I actually like), but didn’t do it for me. I hope the film is better than the trailer.

Those who know me know that I’m not really into war films that much, though I have made a habit of checking out more in the last 3 or so years if the right people are attached and this film looks interesting. You have a group of soldiers sent to Afghanistan not long after the September 11th attacks, fighting impossible odds? Well, that certainly has my attention. I like the look of this film and that cast features some of my favourite people; Chris Hemsworth, Michael Shannon, Michael Pena and Trevante Rhodes from Moonlight too.

I only watched the trailer for this film recently and the plot and humour seem alright, but the main reason I’m interested is because its a stop-motion film from Aardman. Their work as an animation studio is always recognisable and unique, and I love the way this film looks so I am hoping it has a bit of that Chicken Run kind of flavour, because if that’s the case then I’ll be very happy.

I know not a lot of people care about the Maze Runner films, but I quite like them. The first was a surprisingly enjoyable film with an interesting concept, setting and had good performances and mystery, The Scorch Trials didn’t have the originality and simplicity of its predecessor, but had some cool new characters and story elements that fleshed out the world. With The Death Cure I keep forgetting it is coming out until I see something about it online, now I have no clue how this series of films will end, but it does get me curious and hopefully, the filmmakers have found a way to balance the story, characters, mystery and action in this new one. 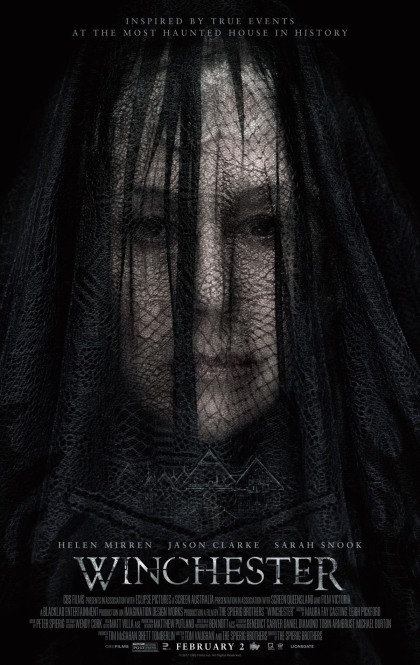 I hadn’t heard about this film until I looked it up and again I’m not a horror fan, but the premise sounds interesting and I like Helen Mirren and Jason Clarke, so I’m curious to see how this film turns out.

So here it is, the first of my most anticipated films of 2018. I feel like I have been waiting for this film for AGES, but in just over a month I’ll get to experience this. I have a stupid amount of hype for this film considering the cast, director and source material the film is based on. I hope and pray that this film will be amazing.

Now, this film could be a dull/uninspired film, but I read the premise and I was interested and the trailer only got me more intrigued. I get a Six Degrees of Separation kind of vibe from this film just with a more dramatic/melancholy tone, plus with people I like including Jon Hamm, Nick Offerman, Patton Oswalt, Catherine Keener and John Ortiz, this looks like it could be a good time if it gets a UK release.

I’ve been wanting to see this film since it was announced. Ex Machina was one of my favourite film experiences of the last 5 or so years, so when I heard about his newest project I was all over it. The trailer looks insane full of distinctive visuals with vivid colours and interesting creatures, but there’s also a mysterious and unsettling tone, with a story that looks like it has a small scope with large ramifications. Alex Garland really knocked it out of the park with his last film and I hope he can do it again with this new film.

A Wrinkle in Time 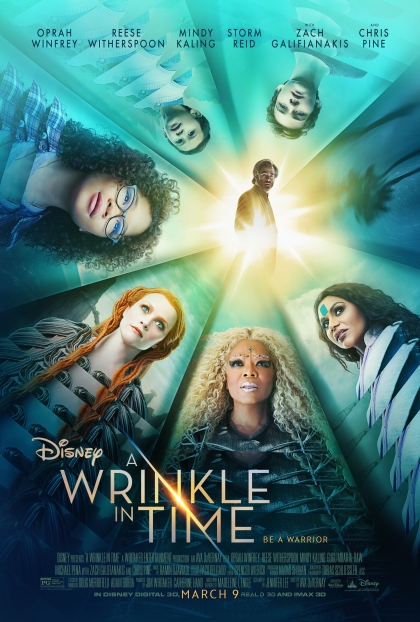 I’ve heard SO much talk about this film since it was announced that Ava DuVernay would direct it, and I’ve only recently watched the trailer and I have to say I am intrigued. I love a good sci-fi adventure film and this film looks large in scope, fun yet dramatic, smart and accessible to people of all ages. I liked what DuVernay did with Selma so I’m curious to see what she does with a film with a larger budget.

I only read about this film online recently and I like the premise of this film: “A comedic look at the relationship between a wealthy paraplegic and an unemployed man with a criminal record who’s hired to help him.” But what makes me more interested in this film is the fact that Kevin Hart and Bryan Cranston are playing the leads, both are actors I really like and with this story material I think they could have good chemistry together.

I saw this film in a list of films coming out this year and the cast was what got me interested, but the trailer, that’s what grabbed me. Seeing David Oyelowo in a comedic role is something I’ve never seen and yet it makes me so happy, he looks hilarious. This whole film looks like a lot of fun with good humour, a solid cast and crazy scenarios. I really hope it is good. 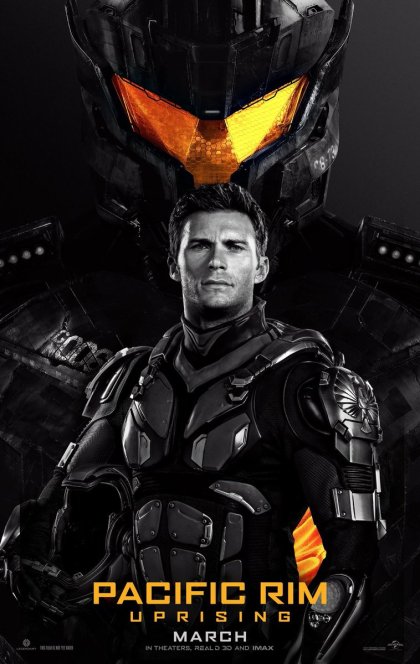 I am cautiously optimistic about this film, I want to be more excited about the film but so far that marketing hasn’t done much for me. The first film from 2013 was fun primarily because of the monsters, robots, beautiful visuals and sense of scale, though on repeat viewings the film was thin on character and story. This new film seems to be doubling down on the action and the robots and monsters, but it also looks like the sense of scale and the distinctive colour palette has been lost. That being said I do like giant monster battles, I like the new cast members and with Steven S. DeKnight at the helm, I hope he’ll bring his talent from TV into this film.

As soon as I saw the trailer for this a few months ago I was in automatically. Fantastic Mr Fox was my first Wes Anderson film and it was such a strange and delightful experience, and this film seems to have those same elements which makes me excited. Add on top of that the wonderful visual style of stop-motion animation, the interesting premise and incredible cast including Bryan Cranston, Edward Norton, Bill Murray, Jeff Goldblum, and Bob Balaban among many others, and you have what could be one of the most interesting viewing experiences of the year. 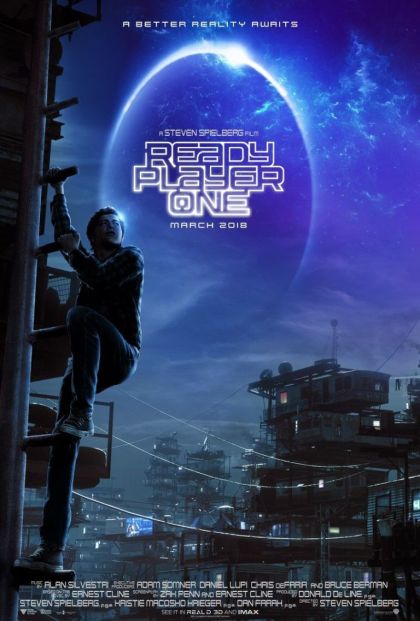 Before the first trailer dropped, I had heard so much talk about Steven Spielberg directing a film adaptation of Ready Player One, and I was only vaguely interested because of Spielberg’s involvement. It wasn’t until the second trailer that I was really on board for this film. The first trailer gave you a minor idea of what was going on with the story and the visual references that game from other films, comics and video games, but with the latest trailer, there was so much more in terms of the story and characters that intrigued me. But more os than that, the use of music and all of those references to pop culture nearly shattered my mind! I am quite curious/excited to watch this on my birthday and while it has the potential to be bad or just okay, I’m still down for it. 🙂