Good day to you ladies and gentlemen, it’s a new year so you know what time it is, once again it is time for my preview of upcoming films that I believe are worth a look entitled: Films to look out for in 2019! In PART 1 I’ll be covering films released from now until March, and while these aren’t necessarily the best films that’ll be coming out between now and the end of March, I do believe there’s merit to all of the films on this list.

The plot can be described as the following: “A daring synthetic biologist, after a car accident kills his family, will stop at nothing to bring them back, even if it means pitting himself against a government-controlled laboratory, a police task force and the physical laws of science.” So this film caught my eye because of Keanu Reeves and Alice Eve’s involvement and the sci-fi thriller angle, and sure after seeing the trailer  it does look very familiar to films we’ve seen before and it could be pretty bad, however, I’m a little curious to see Reeves in this kind of role and how the story unfolds..

Now, this is a film I actually had on this same type of list last year, so its weird to be writing about it again. But I am still very much interested in this especially after seeing the trailer. The premise still sounds interesting: “A comedic look at the relationship between a wealthy paraplegic and an unemployed man with a criminal record who’s hired to help him.” And while the trailer has a familiar feel and story of two unlikely people forming a bond, but it does look like fun and Kevin Hart and Bryan Cranston seem to be having fun.

Mate, this is the first major film of the year that I’m really looking forward to. Split really surprised me back in January 2017 with its interesting story, incredible central performance from James McAvoy and of course its later reveal that it was connected to the brilliant Unbreakable. And with the release of each trailer I’ve gotten more and more excited, the concept of seeing Mr. Glass, The Beast and David Dunn in the same space and seeing this strange, dark and intriguing superhero world that Shyamalan created come together fills me with excitement and curiosity.

This film caught my interest for a few reasons: 1) I saw Matthew McConaughey and Anne Hathaway are involved. I’m in. 2) It’s directed by Steven Knight who directed Eastern Promises and wrote Hummingbird. And 3) The brief story summary caught my attention with it following a fishing boat captain who is approached by his ex-wife to murder her new husband, very interesting.

The Lego Movie 2: The Second Part

Now the first Lego Movie I loved back in 2014, I thought it was one of the most incredible things ever for its super fun, hilarious and crazy nature, the cast was great and amazing stuff that was done with the stop-motion/CGI visuals was top notch. However, over the years my fondness for the film diminished, so when the trailers for the sequel came out I wasn’t as into it as a lot of people. That being said I’m still curious and hope that this film can capture the magic of the first while delivering a solid follow-up to the last film.

Like last year I find myself looking at another new Liam Neeson thriller where is off going to kill some people, and while the trailer and premise is very familiar territory especially for Neeson, this one has just enough differences from what I’ve seen before that I want to watch it. This story looks a little more complicated than a simple revenge tale, pitting to crime groups against each other, having a man who kills based on a book that he read and with a little comedy mixed in? Okay, I’m curious.

So this was one of my most anticipated films of summer 2018, but then it was delayed, and then delayed again to where we are now. I feel like I have been waiting for AGES for this film to come out, I was on board from the first trailer because of the casting, the post-apocalyptic setting and the origins/journey of Alita.  I just hope that after all the development and work that went into this that the film’s good.

How to Train Your Dragon: The Hidden World

Now the first HTTYD I thought was good, but the sequel was one of my favourite films of 2014 for its visuals and emotional story. I’m not stupidly hyped for this new film, but I will say that the trailers did get me hyped with the visuals, colour scheme and new scenarios relating to the villain and new white dragon that looks like Toothless. 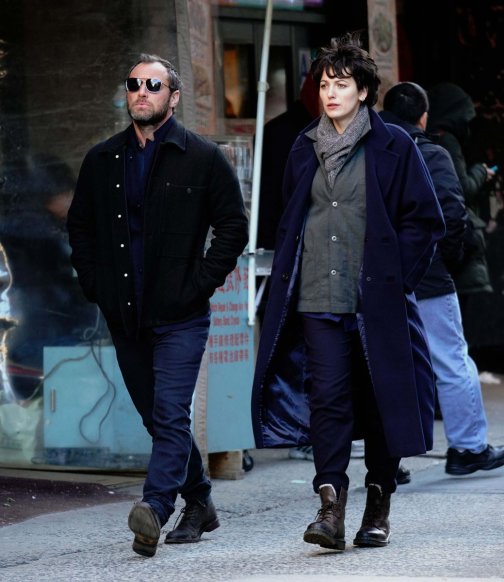 The premise for this film caught my attention: “A woman seeks revenge against those who orchestrated a plane crash that killed her family.” I do love a good mystery thriller with a hint of revenge and this seems like it could be interesting. 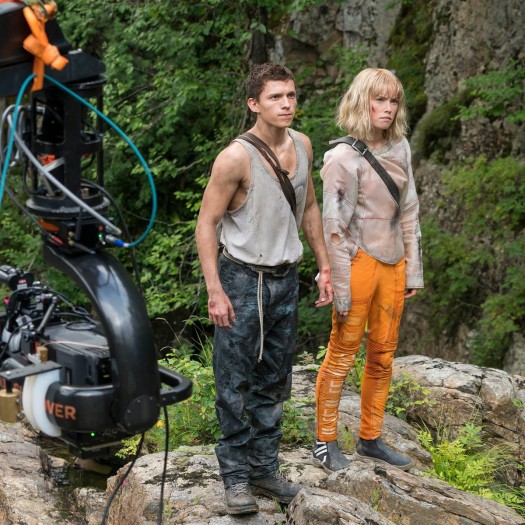 I remember hearing about this film a while ago and though I knew nothing about its story, I was on board because Tom Holland and Daisy Ridley were starring in it and the film was being directed by Doug Liman, the man who gave me two of my favourite films The Bourne Identity and Edge of Tomorrow. The premise sounds pretty interesting: “A dystopian world where there are no women and all living creatures can hear each others’ thoughts in a stream of images, words, and sounds called Noise.” And I like a bit of sci-fi so hopefully, this should be good.

Now I have been following Captain Marvel for a while now and until the trailers, I was stupidly hyped for this as the first female-lead superhero film for the MCU and knowing of her power from the cartoons I’ve seen and games that I’ve played, I know she’s awesome. However, the trailers haven’t gotten me that me that hyped. The first trailer had a nice tone, atmosphere and mystery to it, and the second trailer had some cool shots of Carol Danvers in full uniform flying around looking cool and stuff. But those trailers haven’t been nearly as exciting or badass as some of Marvel’s previous material. I really hope this film is good because if it works it’ll open so many opportunities for the MCU.

I haven’t even watched this trailer yet, even after all the hype that spread online about it, I’m just lazy haha. However, I will be watching this film just because of Jordan Peele’s involvement. That guy surprised me so much with Get Out from last year, so I can’t wait to see what his follow-up film will be like, it also helps that two of the main stars are Lupita Nyong’o and Winston Duke. I can’t wait.

I only found out about this film while looking through films that’ll be coming out over the next two months and what grabbed me was the premise and the fact that Cate Blanchett was involved. And then I saw that Richard Linklater was directing this, now I’m very excited to see how this pans out.

And this film comes out the day before my birthday so hopefully, it makes for a good watch but from what I’ve read so far it is totally up my alley. It is a sci-fi film, its directed by Rupert Wyatt who did Rise of the Planet of the Apes, it has John Goodman and Vera Farmiga starring in it and the film and the plot seems pretty intriguing. I really hope that it’s good.