My Thoughts on the Passing of Bill Paxton

Howdy people of the internet, this is a blog post I didn’t expect to write any time soon. So yesterday the world was made away about the passing of Bill Paxton and there’s been a lot of condolences and beautiful thoughts shared about him from celebrities and fans alike, so I just wanted to share my own thoughts.

So after I left work yesterday evening and was waiting for some fast food I decided to check the internet for some superhero news and then I saw on Comic Book Movie and saw a headline about Bill Paxton passing away at 61 years old. Honestly I thought it was a joke, so I had to check Google straight after and it was confirmed on multiple sites and honestly I got so frigging sad. Now a number people state that getting sad about celebrities that you don’t know is silly/unnecessary, but screw it I can’t help it. Paxton is one of those actors I’ve been aware since I my childhood and while I never really knew who he was specifically until I was a teenager, he’s always been one of those guys you not only knew by face, but also knew he’d deliver a solid performance as well.

I don’t know if I saw him in Aliens or Twister first, but Twister was the film that put him on my radar, I saw that film a good few times when I was younger and as I got older whenever I watched a film with him in it, I’d be like “Hey it’s that dude from Twister, I like that guy.” It wasn’t until 204 when he made a good few appearances in films and TV that he really started to ascend in my favourite actors. And even now going through his filmography, I’ve seen him in a good number of films that I never even knew he was there, and that doesn’t mean he’s invisible, but it just shows how much work he’s done over the decades. We got films like Weird Science, Predator 2, Titanic, Might Joe Young, and even 2 Guns, a film I enjoyed at the time I forgot about his appearance there too. 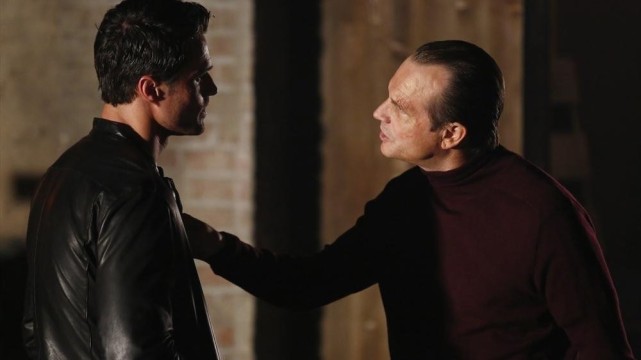 But my favourite roles were the punk dude from The Terminator, Bill Harding, the leading man from Twister, the stringer Joe Loder from Nightcrawler and one of my favourites, Master Sergeant Farell from Edge of Tomorrow. And then of course you had his appearance as John Garrett from Agents of S.H.I.E.L.D., say what you want about the Marvel show especially in season 1 but he brought a lot of fun, humour and badassery to Hydra and the show in general.

What really stung about the news of his passing was the fact that I met him. I got to meet him at London Film & Comic-Con in July 2015 a few years ago and he was the nicest dude ever, so kind, welcoming and funny, and getting my picture taken with him was honestly one of the highlights of my life. I look forward to checking out my of his filmography, and though he’s gone he’ll never be forgotten because he was 100% badass. 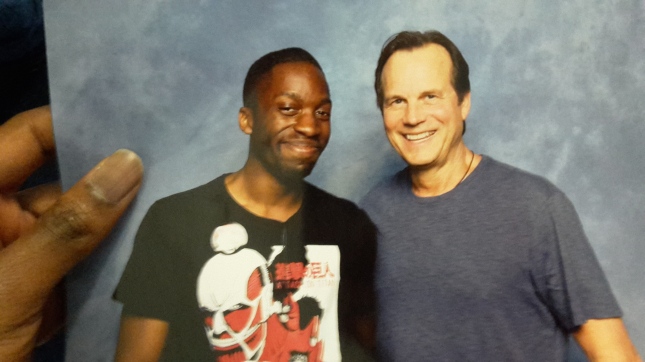 Posted by Hypersonic55 on February 27, 2017 in Films, Life, Media, Television