My Thoughts on the Oscars 2016

Howdy people of the world, today is the day after the Oscars has come and gone so I feel like voicing my opinion about the whole thing in a brief manner because why not? 😀

I said to myself that I wasn’t going to watch the Oscars this year, I wasn’t that invested in most of these films and felt like it wouldn’t be worth my time, but believe that when the time for the Oscars started rolling in around 1:30am over here in the UK I was totally got online to watch it, and while I didn’t see everything, it was certainly a good session.

From what I remembered it was a good watch, unlike a lot of the recent Oscars, this one felt fairly swift, award speeches, sketches and videos were keep short and the overall show didn’t drag and that was great. Chris Rock I also believe was a great host, the dude was super charismatic, charming, funny and everything you’d expect, but most importantly he was able to ride the line between being hilarious but also addressing the more serious issues in relation to the controversy involving the lack in diversity when it came to the nominated films and actors. I also really enjoyed the comedy sketches that he did especially the parody of The Martian and Joy, and the point where he asked several black people about the Oscar-nominated films really highlighted how out of touch the average/casual film goer is especially when it comes to people who’re black. I also really liked seeing Chadwick Boseman and Chris Evans together (yeah I’m hyped for Civil War :D), Daisy Ridley and Dev Patel, oh and Louis C.K. he was so hilarious especially his line about Mad Max winning another award. And I also have to show love for Kevin Hart, once again he was not only funny, but he also handled the “Oscars so White” situation well with the appropriate amount of seriousness and positivity as well, that man knows what’s up. But one of the best moments for me was the appearance C-3PO, R2-D2 and BB-8 taking to the stage, it may have been a throwaway scenes for some, but considering my love for Star Wars it was great to see these lot together.

The only award I was gutted about was Best Supporting Actor, I would have loved for Mark Ruffalo, Tom Hardy or Sly Stallone to win, however, it went to Mark Rylance for Bridge of Spies, and while Rylance was good in the film, I don’t think he was really as emotionally engaging as the other actors I mentioned. I really wanted Ruffalo or Stallone to win considering how amazing their performances were, but alas it wasn’t to be. Oh and I guess I should be happy about Mad Max: Fury Road getting so many awards, 6 in total including the technical ones, though I was gutted to see that The Force Awakens got nothing though.

In conclusion the 2016 Oscars was a good turn out, I was happy for most of the winners including Leo DiCaprio and Brie Larson and with the awareness of the lack of diversity this year I can only hope that things will improve when the awards season swing around next year.

So what do you think of this year’s Oscars? Did these films deserve to win or not? If you watched it this year did it live up to your expectations or were you disappointed? Leave your comments below and I’ll catch ya later. 😀

So there’s been a lot of hype surrounding this film for many months especially with Alejandro G. Iñárritu’s filming in natural light and Leonardo DiCaprio’s hopes for an Oscar win too, and after this film came out last year in the US there was so much hype and positivity for the film. For me I’ve been wanting to see this for SO long and my hype levels were super high, and finally got to see it last night and I can pass judgement.

The plot can be described as the following:

I have to mention before I continue that I hate watching films in the cinema at night, I tend to get tired and drift in and out of the film and I did during the middle of this film so there were a few plot details that I missed. With that in mind I did enjoy this story. This was a tale of survival, trial over adversity and revenge. There was a great deal of tension, drama, suffering and loss involved and it was handled with a great deal of care, style and bluntness. Some of the events that took place in this film are just insane, things got violent, dangerous and cruel at several points, and its mad to think of anyone actually enduring any of these events. This story was certainly intriguing, however, it didn’t unfold the way I expected and felt a little on the long side, now I hate to say that, but towards the middle the film kind of dragged and the story wasn’t as engaging as it was in the first and last act. 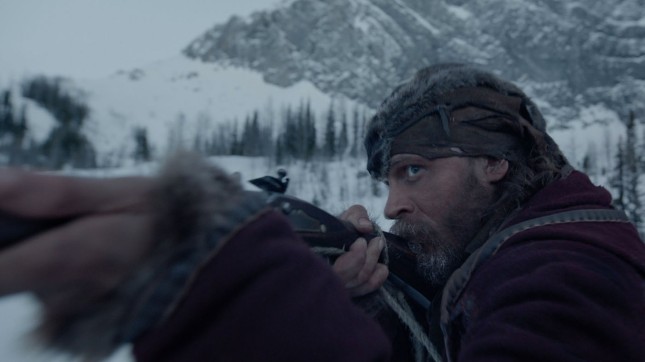 As the cast, they were great. Firstly Leonardo DiCaprio as Hugh Glass was amazing, this character had to endure so much mentally and physically and DiCaprio really committed 110% to this role with the physicality and emotional material he had to work with. Not to be dismissed, Tom Hardy was excellent as John Fitzgerald, he was a character who had his own agenda and a mean personality and Hardy was really good in the role and I think this is his best performance so far. Domhnall Gleeson was also great as Captain Andrew Henry and Will Poulter as Jim Bridger had a bigger role than I expected and he was really impressive especially in the dramatic moments.

Presentation-wise this film was AMAZING! Seriously the visual side of things was insanely good with such a great attention to detail with the cinematography with awesome shots of the landscape, wonderful lighting and use of colour, intimately framed camera shots and insanely choreographed tracking shots that were a marvel to watch especially during the action sequences where multiple characters were involved. as for the music it was pretty dramatic and poignant throughout thanks to the score crafted by Ryuichi Sakamoto, Alva Noto and Bryce Dessner. 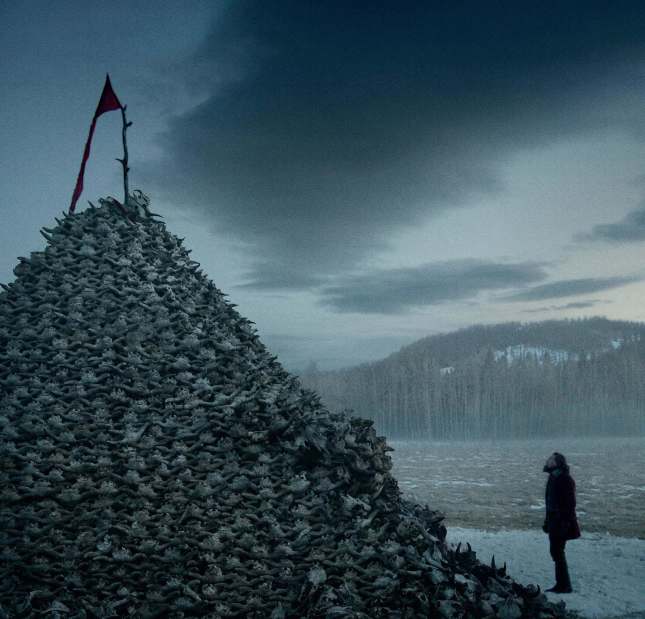 In conclusion The Revenant was a good film with stunning cinematography and fabulous performances from the cast, that being said I think I let the hype get the better of me and I ended up not enjoying th film as much as I’d hoped. That being said this was an incredible film that needs to be watched in the cinema.

So have you seen The Revenant and if so what did you think of it? Be sure to leave your thoughts in the comments below and I’ll see ya on the next review, laters! 😀