Howdy people of the internet, how is it going? Today I finally get to share my review for Spider-Man: Far From Home; the sequel to Spider-Man: Homecoming and the latest superhero film from Marvel Studios and Sony Pictures via my podcast Film Focus.

Now I have been interested in watching this film since the first trailer came out last December, but my hype levels really didn’t start to blow up until a weeks before the film’s release and hearing some of the positive thoughts on the film from early film critics. So how does Far From Home compare to Homecoming and continue the Peter Parker story after Avengers: Infinity War and Endgame? Well, check out this spoiler-free review to find out!

P.S. 1) Since there are a lot of interesting things you should see pretty fresh I tried to be as vague as possible with this review. And 2) Apologies about the background noise, I had a very limited window to record this episode so unfortunately, I couldn’t record around the people moving around the house.

So have you seen Spider-Man: Far From Home and if so what did you think of it? Drop your thoughts in the comments section below and I’ll see ya in the next review, until next time, laters! 😀

Howdy people of the interweb and welcome to Films to look out for in 2019! This is my preview of upcoming films that I believe you should check out this year. In PART 1 I covered films from January to March, in PART 2 I covered April to June and unlike previous years in this post, I’ll be covering July to December.

Now depending on who you talk to, Spider-Man: Homecoming is either a pretty good Spidey film or a rubbish one, I fall into the former category. While Homecoming didn’t rock my world, it was still a really fun film and a different take on Spidey than what’s coming before. I am very curious to see how this sequel continues young Peter’s school adventures after all the drama of Avengers 3 & 4. I’m hoping Spidey’s new adventure will be more unique, focused on him and have better action sequences and film score.

I used to love The Lion King as a kid, I watched it SO much for years, however, after my VHS got stolen and I got a lot older I just wasn’t feeling it as much. And once the film somehow blew up in the late 2000s as like the best film ever, I just couldn’t watch it because of the hype surrounding it. Anyway I know everyone and their mother is excited to see this remake and I still haven’t seen the teaser trailer yet, but I’m curious to see it because of the cast, but more so for what Jon Favreau will bring to this film like he did for The Jungle Book.

Once Upon a Time in Hollywood 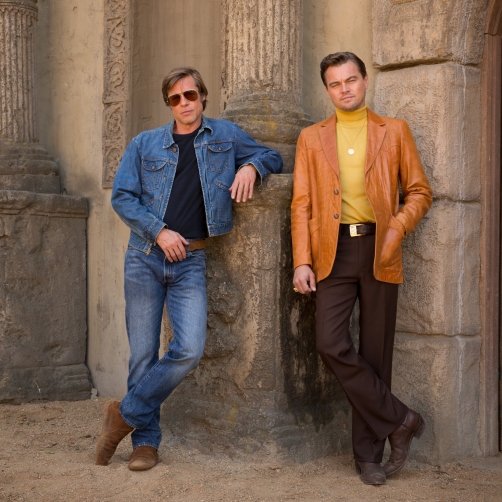 I have been looking forward to watching this for ages for two reasons: 1) It’s a new Tarantino film and I know some people are over his films but I still look forward to what he’ll release. And 2) The cast. Having Leonardo DiCaprio, Brad Pitt and Margot Robbie in the same film makes me giddy. 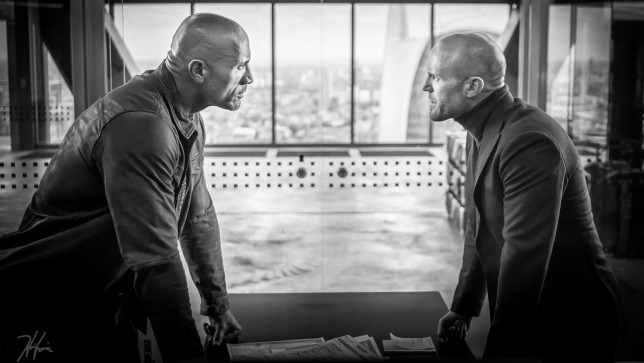 Now I know a lot of people weren’t keen on The Fate of the Furious for the lack of Paul Walker, not as good story and the way they changed Shaw from a villain to semi-good guy. But I thought the film was fun and Johnson and Statham had the best parts in the whole film, so even though the idea of this film feels weird, I’m down for it just to see how these two will bounce off of each other.

I’m mainly interested in this film because it is from Kenneth Branagh and I like his work as a director and I hope that this film is good.

IT was such a wonderful surprise back in 2017 and while it wasn’t the scariest thing ever, it was very atmospheric, dark, creepy and had a brilliant young cast and Bill Skarsgård who did a great job in the titular role. So I’m very curious to see how this sequel works with the adult versions of these characters and whether the fear factor will be just as strong, if not more so.

I’ve only heard about this film around a month ago and heard that Will Smith and Tom Holland was starring in it and I was like “I’m in.” Now, this is a film from Blue Sky Studios who are a little hit and miss with their material, but I hope that this is good like The Peanuts Movie.

Now I heard about this film last year and thought it was interesting just because of the combination of an Ang Lee-directed film with Wil Smith starring. But on top of that, you have a cast including Clive Owen, Mary Elizabeth Winstead and Benedict Wong and an intriguing premise that reads as follows: “Henry Brogen, an aging assassin seeking to exit his career finds himself going against a younger clone of himself, who can predict his every move.” I really hope that this film is good. 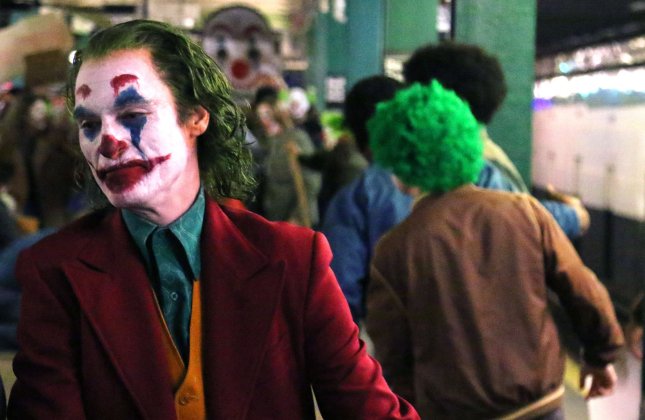 I have been pretty much on board with this film because of the setting, story, the initial involvement of Martin Scorsese and a cast including Joaquin Phoenix, Robert De Niro and Zazie Beetz. I am very curious to see how this turns out, there is a lot of potential for brilliance and for us fans to have a great version of the Joker and his story that hasn’t been portrayed onscreen before. 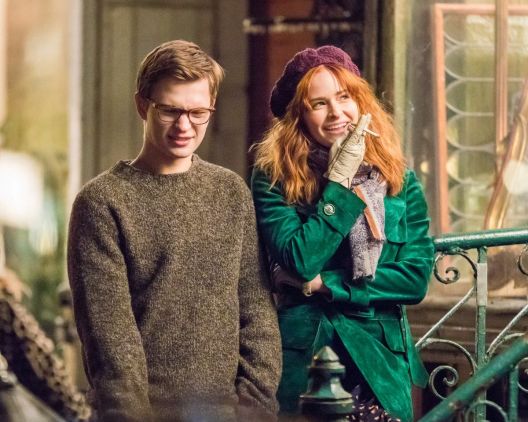 I like the sound of the premise which reads as follows: “As a child, Theodore Decker survives a terrorist bombing at an art museum — an attack that kills his mother. From there, he tumbles through a series of adventures that finds him living in Las Vegas with his deadbeat father and, later, involved in art forgeries.” Plus I’m curious to see how Ansel Elgort fares in this after his great debut in Baby Driver.

Are You Afraid of the Dark?

Are You Afraid of the Dark? was one of my favourite TV shows as a kid even though it scared the crap out of me with some of those episodes, so it was a massive surprise to me to see it listed for a film adaptation in October of this year. There’s no casting as far as I’ve seen, but it’s being directed by  D.J. Caruso and his films haven’t had the best track record when it comes to their reception. But I want to see this just see how it turns out.

A Beautiful Day in the Neighborhood

I heard about this film via The John Campea Show on YouTube and being from the UK I never knew of the significance of Mister Rogers until I heard Campea talking about Won’t You Be My Neighbor? and the next film featuring Tom Hanks portraying him. The premise sounds interesting: “An award-winning cynical journalist, Lloyd Vogel (Matthew Rhys), begrudgingly accepts an assignment to write an Esquire profile piece on the beloved television icon Fred Rogers (Tom Hanks) and Vogel’s perspective on life transformed after his encounter with Rogers.” And I will watch Hanks in almost anything so I hope this film is good. 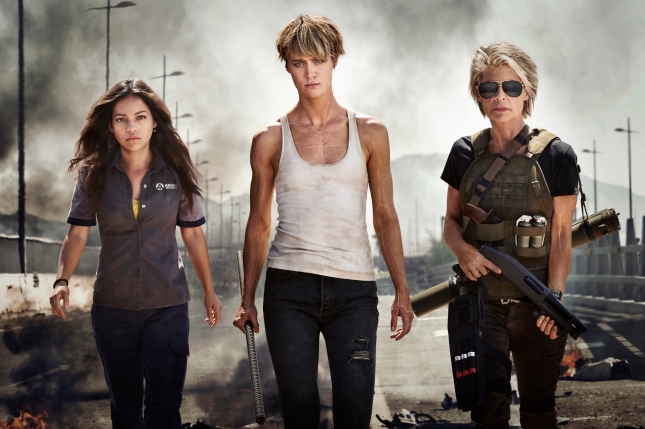 Now I feel like I’m an idiot for putting this on my list because I kept getting disappointed by each Terminator sequel that’s come out since Judgment Day, and since Genisys was one of the most forgettable films of that year I gave up on hoping this franchise would be good again… However, this film is being treated as a direct sequence to T2, Linda Hamilton is back which is good and there are two cool new additions in the form of Mackenzie Davis and Gabriel Luna. I have no clue what the story will be like but I hope that its better than the last film.

“A seasoned conman finds himself growing to care for the woman he orchestrated his latest scheme against after meeting her online.” So here we have an interesting premise, a solid director in the form of Bill Condon and the two main stars being Ian McKellen and Helen Mirren? Sounds good.

So this is the newest film from Rian Johnson and I know a lot of people have dismissed him from existence because of The Last Jedi, people shouldn’t forget about the great stuff he’s done beforehand with Breaking Bad, Brick and Looper. I’m just hoping with an original project it will fare better than taking on a major franchise that loads of people are very attached to. Beyond that, I love that this film is a murder mystery and features an incredible cast including Daniel Craig, Chris Evans, Lakeith Stanfield, Michael Shannon, Ana de Armas, Don Johnson, Jamie Lee Curtis, Toni Collette, and Christopher Plummer.

So I’m pretty sure a good number of people are checked out of the Star franchise now due to the way in which The Last Jedi and Solo turned out, and while I hated neither film, both films could have been handled very differently and could have been a lot better. That being said I’m still curious/hopeful for Episode IX. I don’t think this new trilogy is unsalvageable and while J. J. Abrams will have to do a lot course correct some of the unliked story and character material from Episode XIII, I am hopeful that Abrams will bring things back around.

So finally that’s PART 3 done. Thanks a lot for reading. Are any of the films listed on your personal list of films to watch? Whatever your thoughts are, be sure to drop them in the comment section below and come back soon to see my Most Anticipated Films of 2019! Peace out. 😀

Tags: 2019, A Beautiful Day in the Neighborhood, Are You Afraid of the Dark?, Artemis Fowl, Blog, Blogging, cinema, Entertainment, Fast & Furious Presents: Hobbs & Shaw, film, Gemini Man, It: Chapter Two, Joker, Knives Out, Movies, Once Upon a Time in Hollywood, Spider-Man: Far From Home, Spies in Disguise, Star Wars: Episode IX, Terminator 6, The Goldfinch, The Good Liar, The Lion King