Howdy ladies and gents, it is time for another one of those big reviews that I’ve been wanting to do for a while now, I am talking about the final Netflix show before Defenders comes out later on this year, I am of course talking about Marvel’s Iron Fist season 1. Now this show’s had one hell of an interesting ride before and during its release with early episodes getting pretty negative press from critics and then having fans slamming critics for their opinions because they think the show’s great. Either way my hype for Iron Fist super high, but the early reviews did make me worry. However, I finished the show yesterday, I’ve had some time to think about it and I’m ready to share my thoughts. 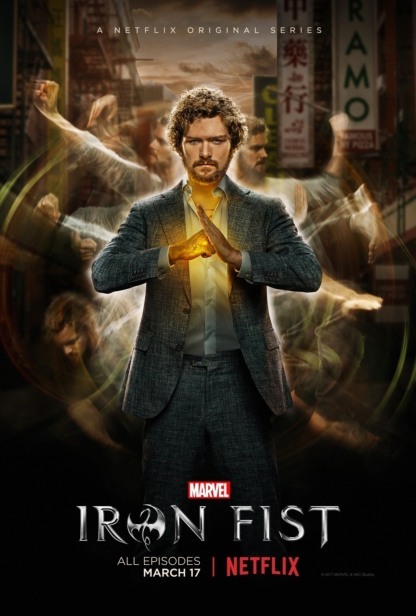 So what’s the story for this show? It can be described as the following: “Danny Rand returns to New York City after being missing for years, trying to reconnect with his past and his family legacy. He fights against the criminal element corrupting his world around him with his incredible kung-fu mastery and ability to summon the awesome power of the fiery Iron Fist.”

Okay, so Iron Fist’s story. The words that immediately come to mind especially for the first half of the series would be dull, frustrating, repetitious, contrived and convenient. Those are words I never expected to associate with this show. Now none of the previous Marvel Netflix shows have been able to fully escape moments of bordem or tedious material, but show has them from the beginning. Unlike previous shows where I was on board within three episodes, this show took until episode six for me to start to get into it which was crazy. On paper this story sound like all sorts of fun and with Danny’s backstory and how it ties into what’s happening in New York with the criminals running around, it should be captivating, and yet we spend too much time on small/unimportant things, take too much time on plotlines that spread over several episodes instead of one or two or set or mention certain things that have no pay off (like the mysticism and backstory with K’un-Lun). I think it the script that does the most damage to this show with dialogue and scenarios that felt unoriginal, weird and silly. The show felt incredibly slow and it honestly felt like a chore to get through, sometimes I stopped completely paying attention to mess with my phone or play some video games. By the time the show ended I was curious as to why things unfolded in the way in which they did and if the writers had shortened, changed or simplified the story from what we had gotten, the show would have benefited from it immensely. That being said, there’s still some redeeming qualities in the story, mythology and characters especially from episode six onwards, while not consistently good there’s still elements to appreciate. 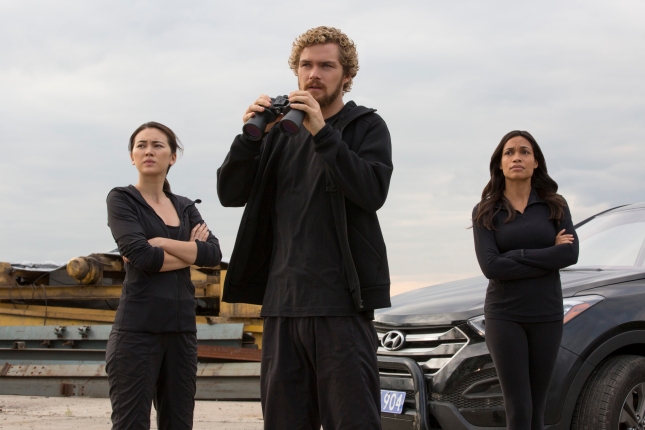 When it comes to the cast, I think they did their best considering the material they were given and some actors/actresses were good while other didn’t fare as well. Firstly there’s Finn Jones as Danny Rand/Iron Fist, here’s the thing, I like Jones as an actor and I thought he did the best that he could, that being said I didn’t like Danny Rand that much. He was a well-meaning guy with some cool martial arts talents and a sense of justice, but my god he was such an annoying, naive and frustrating person to follow. I understand the he’s endured a lot with the loss of his parents and the years he spent in K’un-Lun isolated away from the normal world, but he came across as a very childish, irrational and illogical individual. Jessica Henwick as Colleen Wing fared a heck of a lot better, she had an interesting personality, code of conduct and her initial story and character moments felt far more engaging than Danny. Unfortunately because of the writing I felt like she ended up doing a few things that made her less engaging to watch but otherwise she was solid. 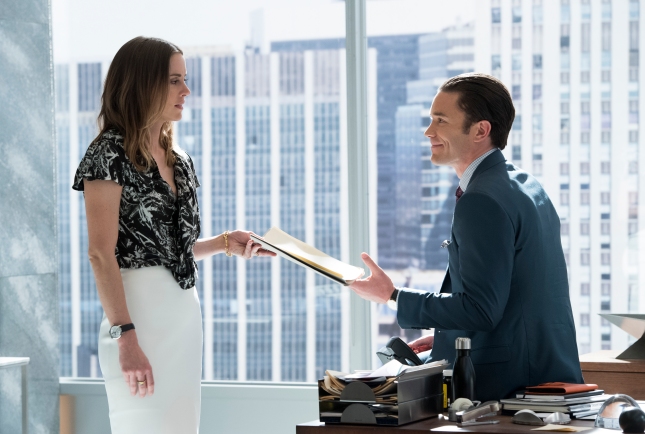 Tom Pelphrey and Jessica Stroup as Ward and Joy Meachum really fluctuated in terms of how much I liked them. At first they were both incredibly dull, surface level characters with no interesting qualities and I wondered why they took up so much screen time besides the fact that they were tied to Danny’s childhood. It wasn’t until later when Ward’s story started to get interesting and I was curious to see where his character went and Joy, well I liked her, but she seemed to change her motivations and moral code a few too many times for me to like her on a long-term basis. David Wenham as Harold Meachum was a lot of fun at times, but then other times he was a little generic and plain, Wenham committed to his material hundred percent and I thought he did well in his role. Ramón Rodríguez was really effective as Bakuto, he had a very cool and intimidating presence, and seeing the return of Wai Ching Ho as Gao was great though not utilised to her fullest. Sacha Dhawan as Davos was awesome, he was a stern, aggressive and badass warrior who stole a lot of shine from Danny and was one of my favourite parts of the show. And finally Rosario Dawson as Claire Temple, man I love this girl. While her integration in this show wasn’t as natural as the previous shows, she did have some of the best charisma, humour and logic of all of the characters, at this point she needs her own show or at least a more meaty role going ahead. 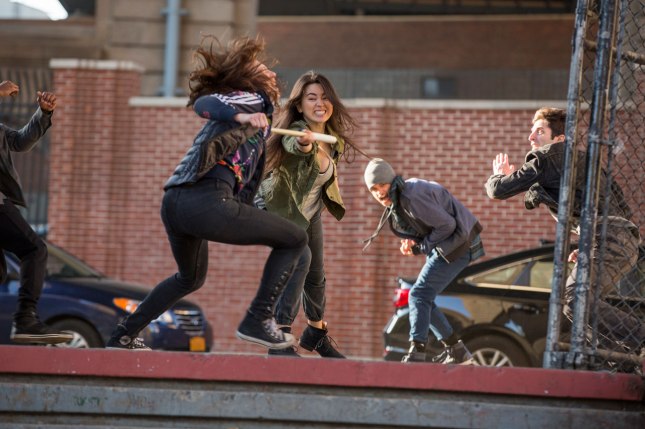 As for the presentation, well, it was significantly less impressive than I had hoped. Like the previous Marvel Netflix shows it is shot well for the most part and the style and presentation of New York is lovely. What was a little hit or miss was the action scenes, anyone who has read this blog knows that I LOVE me some well choreographed martial arts and considering who Iron Fist is and his comic book source material I was expecting something on another level. However, what we got at best was some interesting and fun fight sequences that borrowed from some classic and more recent films, but then were times when the fights looked okay to really dull lacking a sense of urgency, style, flair, impact and speed that was really required for characters so closely associated with martial arts. As for the soundtrack by Trevor Morris wasn’t all that impressive, unlike previous Marvel shows (especially Luke Cage) the score has no presence or does little to elevate what’s happening on-screen. The most memorable piece of music is the opening theme and that’s all because it reminds me of “The Game Has Changed” from Tron Legacy.

In conclusion season 1 of Marvel’s Iron Fist is a disappointment. The show is not complete garbage as a lot of critics have made it out to be and there is some fun to be had once you get into the latter half of the season, but as it stands, I feel like the bad outweigh the good with a lot of issues relating to the dialogue, pacing, characters and most importantly the martial arts. It isn’t fun, there’s no real sense of personality or flair and compared to the comics and the shows that preceded it, it should have been much better. If you love the show, more power to you, but I can only recommend this show if you’re curious or a completest of MCU material.

So have you seen season 1 of Marvel’s Iron Fist and is so what do you think of it? And how would you compare it to Daredevil, Jessica Jones and Luke Cage? Please leave your comments below and I’ll see ya on the next review, laters. 🙂