Hello again ladies and gents and welcome to another film review. After seeing American Sniper and liking it on Wednesday I decided to watch something a little more light-hearted in the form of Taken 3. 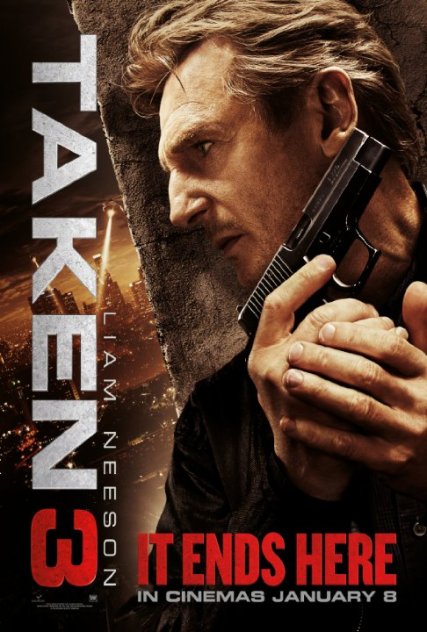 “Ex-government operative Bryan Mills is accused of a ruthless murder he never committed or witnessed. As he is tracked and pursued, Mills brings out his particular set of skills to find the true killer and clear his name.”

When I see crappy film, I like to be blunt and verbal about it from it from the outset. However that isn’t the case with this one. Taken 3 wasn’t as bad as some have made it out to be, I’ve seen a lot worse films in the cinema. The film was certainly outrageous, generic and overly dramatic, but the action was fine and cast were good. Sure this film doesn’t hold a candle to the first film, however fun action junkies and Liam Neeson fans its serviceable fun. The plot was fine, it was nothing I hadn’t seen before, but it did its job. I didn’t care much for Brian’s terrible situation and the way the secrets unfold about him being framed for murder is a bit cliché and convoluted to be honest. I just sat there waiting for the next action scene. Luckily the action was good, but since this is the third film in the series I had hoped for more. 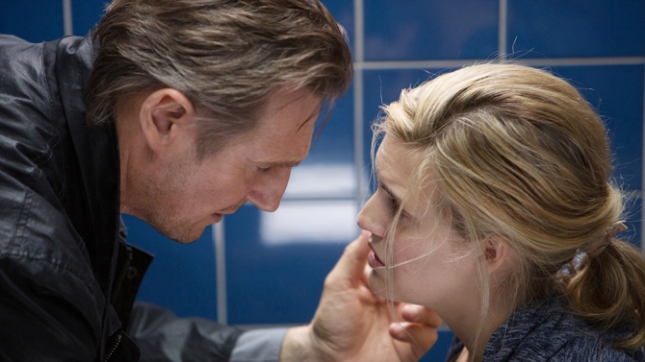 Then there’s the cast who were all fine for the most part. At this point Liam Neeson as Bryan Mills is not even trying, he’s just having fun and being a badass. Bryan was like a ghost ninja in this film and reason I phrase it like that is because ninjas, their movements are elusive yet plausible. But what this man pulls off when evades his enemies is nothing short of amazing. Sometimes his movements are so slick and quick that it comes across as quite ridiculous and impossible, unless you were watching a  cartoon or something. And I feel like Bryan has very inconsistent attributes. Sometimes he’s super powerful in fights and super elusive, but other times he’s getting his ass kicked or moving around his enemies in such a blatant way that he could easily get caught. As for the other cast members Forest Whitaker was fine as Inspector Franck Dotzler, though I feel like his character is a bit absurd when he comes to some of his decisions and conclusions. Maggie Grace as Kim Mills was fine, but I didn’t think much of her and Famke Janssen still looks beautiful as Lenore St. John, but is not too relevant in this film. Everyone else is irrelevant. Also the music in this film was a little annoying, some of the songs selected made me feel like I was watching a show on the CW or something.

In the end Taken 3 is a bit of a silly film, there are story elements and action scenes that go beyond the realm of possibly and sometimes is completely fictional. But for all the random and ridiculous things that happen in this film, it was still a serviceable action film. I don’t hate it, but I probably won’t see it again.

So have you seen Taken 3 and if so what do you think of it? Please be sure to comment below and I’ll see you on the next review. 😀