Howdy ladies and gents, time for me just to blog about a tiny bit of video game news that dropped yesterday that shocked me so much that I just had to talk about it. The following information comes from IGN: 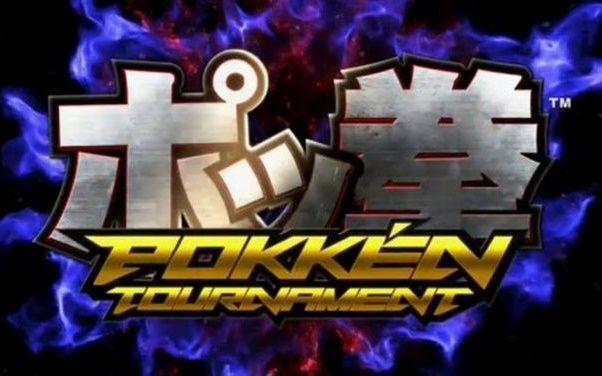 The announcement of the unlikely bedfellows has been teased for some time, with Nintendo promising a “shocking” announcement for today. It’s safe to say this fits the bill. The lead producers of Tekken and SoulCalibur, Katsuhiro Harada and Masaaki Hoshino respectively are both working on the project.

At the moment, there’s no news of a Western release or even if the brawler is set to arrive on consoles in Japan. It’s currently planned for arcade machines, with the initial information being pretty sparse. From what we’ve been able to gather, however, it’s aimed at a wide and casual audience, though aspects will make sure those looking for something hardcore should have something to look forward to.

Pokken Tournament isn’t arriving in Japan arcades until next year. We’ll be chasing up as much info as we can get on it in the meantime, so watch this space. Additionally, that 3D fighting game that was spotted at the end of a trailer last year? Looks like we know what it is!

Well this was definitely surprise, I did not expect to hear or see this, ever in my life. Now he have had 3D Pokemon fighting games before in the form of Pokemon Stadium 1 & 2 on the N64 or Pokemon Colosseum and XD: Gale of Darkness on the GameCube and often forgotten Pokemon Battle Revolution. But unlike those games which was just a 3D version of the handheld game turned-based battle system, this game seems to be a one-on-one fighter just like Tekken or Dead or Alive. As for what we can see in the trailer, it looks interesting. I mean sure the graphics look okay with decent character models and animation, however there are games these days that do look better. Seeing Lucario and Machamp go up against each, seeing their varying attacks and move sets based on their Pokemon types is interesting, and if done correctly with a multitude of other characters this game could be cool. However with like 700+ Pokemon at their disposal I’m curious to see how they’ll incorporate each one in there and which ones they’ll leave out, whether they’ll infuse their various types and use type advantages and if there will be other things like flashy special moves or destructive environments.

While this is slated as an arcade-only game only set for release in Japan, if it is good one can hope it does get a western release on consoles. So what do you think of this announcement, are you down with a one-on-one fighting game involving Pokemon or does this disgust you? Be sure to comment below. 🙂

New Story Details of The Wolverine

I love finding secretive superhero film news on the internet, well maybe on so secret as it is just not in the usual place where its meant to be found. Anyways new story information on The Wolverine has emerged from Empire Magazine and FilmoFilia have taken a few segments from it to provide us new info in the following article:

“We’ve all been paying attention to the behind the scenes doings of James Mangold’s The Wolverine. Though the story is based on the Chris Claremont and Frank Miller arc—one of my all time favorites—plot details have been relatively sparse. As you’re well aware, “based on” means very little sometimes.

Now, however, we get a little peek behind the curtain. In the new issue of Empire, producer Hutch Parker talks plot and lets it slip why Logan (Hugh Jackman) winds up in Japan.

Here’s what Parker has to say on the matter:

“We pick up Logan in a very isolated state, full of self-loathing. He is sought out by a young Asian woman for reasons he doesn’t fully understand, who is asking him to follow her to Japan where he is meant to reconnect with someone he spent prison-time with in Nagasaki. And the legacy of that experience—effectively Logan saved him—is that this man is on his deathbed, and is looking to give him a gift, to thank him for the life he’s had. But this gift draws Logan into a very complex and very unexpected world within both contemporary Japan, and to some degree the feudal history of Japan.

The quality of this story is that it takes Logan on such a challenging personal journey. He’s so in isolation, so out of his element. It’s a much more powerful distillation of his character than you’ve seen before. It’s why people have always love this particular story.”

In a vague way this sounds similar to the Claremont/Miller storyline, but the details have been substantially altered. Still, this description is thematically comparable to the source material. You have Logan in the land of the rising sun, engulfed in the underworld of modern Japan, there’s a shadowy woman, and he’s delving into as yet uncharted elements of his past that will force him to confront some unpleasant truths.

While it may not be an exact replica of a comic storyline, the changes don’t make me cringe reading them. Don’t get me wrong, I’m definitely concerned (as every decent X-Men fan) and we’ll have to wait to see this bad boy until we can be sure, but this is close enough to remain optimistic in a cautious sense, in addition to what I’ve said earlier – It would be nice to see a depth given to the beloved hero and I think that Mangold intends to do just that.

Parker’s description also explains why we’ve seen shots from what we can assume is a World War II camp.

The more I read about this film, the more I get excited. I like how they’re really drawing from the comic book material and its great that they’re also trying to humanize Wolverine as a character too which is something he really needs. One of the issues that many critics had with Wolverine as a character in his first solo film was that he was invincible which made him hard to care about and relate to, so I hope this film will rectify that problem. Logan/Wolverine is a very emotional character and has gone through so much in his life from being experimented on, to losing so many loved ones, to being on the battlefield in many wars over many decades. There is a massive wealth to his character that casual audiences don’t know about and I pray some of that gets captured and translated onto the big screen to show casual audiences and film critics that he is human.

Now I know what happens when you get too excited about a film before its release, there is the chance it can suck and believe me I’ve been there before, 4 years ago. Back when X-Men Origins: Wolverine came out I was convinced before the film’s release that it was gonna be badass… How wrong was I? That film was just an insult to so much of the comic book source material and the awesome mini backstory that was created in X-Men 2. After that I never wanted to see another Wolverine film, but then I let time pass and of course I saw X-Men: First Class. That film leads me to believe that there was glimmer of hope for the next Wolverine film under 20th Century Fox. I just hope that director James Mangold and his writers can get right this time.