A Walk Among the Tombstones Mini Review

Yo people of the internet, time for another mini review and today I’ll be talking about A Walk Among the Tombstones. Now Initially I wasn’t going to watch this film purely because it looked like Taken 3 from the way it was advertised and while I love Liam Neeson, I’m tired of the whole ‘I’m a hard man who runs around with a gun beating up bad guys and stuff.’ But then I started hearing good reviews about the film which surprised me, so last night I watched the film with my dad to see what the fuss was about. 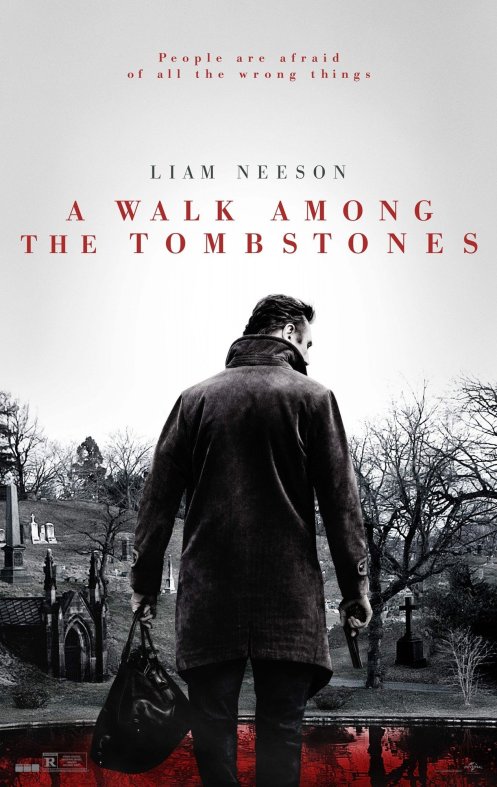 “Private investigator Matthew Scudder is hired by a drug kingpin to find out who kidnapped and murdered his wife.”

The story is a familiar one within this genre, but it does enough unique things to stand out from other films and is entertaining for the most part. I was surprised by how many people came into play with the main murder, I thought it would be a similar case that just involved one party, but there were many people tied together because they were in the same line of business and had suffered similar losses. It was pretty cool to see some detective work being done and see how so many pieces of this crazy puzzle came together. I do feel like the story did drag its feet a bit and some things came together very conveniently for my liking. 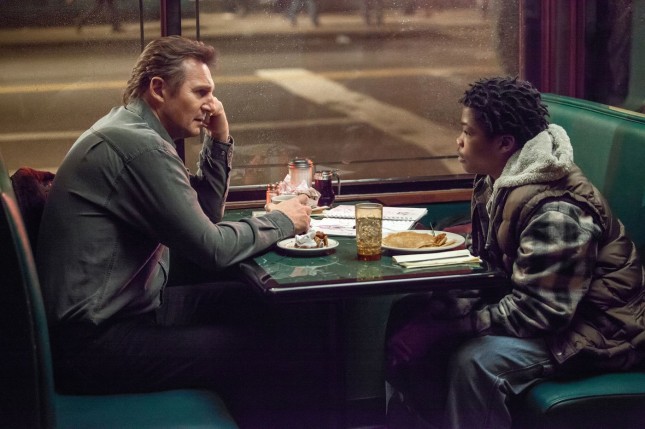 When it comes to the cast I feel like they all did a great job. Liam Neeson was great as Matthew Scudder, the reason why I liked Neeson’s performance was because he had to do more than just talk tough and beat up people, he actually had to try and do some acting and this film reminds me of why I love the guy in the first place. Scudder is a man who is scarred by the actions of his past and now tries to do right, even if his methods aren’t always legal. I like how he is detached from people and operates on his own, but has some great interactions with other people in this film. Brian “Astro” Bradley was also good as TJ, this kid is someone who sees the world for what it is, he’s smart, blunt and only cares for himself, however, once coming across Scudder and having interactions with him, he finds more to do with his time. I thought Bradley was cool, interesting and very funny at several points in the film.

A big shout out should go to David Harbour and Adam David Thompson, who play as Ray and Albert, as they happen to play two of the creepiest individuals I have come across in a film in a while, they play quite despicable and disturbing individuals who really are the lowest form of human beings (if you can call them that). Especially when it comes to Ray, that guy, just the look on his face, the way he speaks and conducts himself is just unsettling in every way. Other good performances came from Dan Stevens as Kenny Kristo, Boyd Holbrook as Peter Kristo and Sebastian Roché as Yuri Landau (who I liked very much, but if was distracting how much he reminded me of Gordon Ramsay).

In conclusion A Walk Among the Tombstones is a nice thriller with Liam Neeson giving a good central performance. The film is a bit of a slow burn and some Neeson fans will be disappointed by the lack of action, but if you’re willing to give this film a chance then you’ll find a smart, dark and interesting thriller here.

So, A Walk Among the Tombstones, have you seen it and what do you think of it? Leave your thoughts in the comments below and I’ll see ya on the next review. Laters. 😀