My Thoughts on the Oscars 2016

Howdy people of the world, today is the day after the Oscars has come and gone so I feel like voicing my opinion about the whole thing in a brief manner because why not? 😀

I said to myself that I wasn’t going to watch the Oscars this year, I wasn’t that invested in most of these films and felt like it wouldn’t be worth my time, but believe that when the time for the Oscars started rolling in around 1:30am over here in the UK I was totally got online to watch it, and while I didn’t see everything, it was certainly a good session.

From what I remembered it was a good watch, unlike a lot of the recent Oscars, this one felt fairly swift, award speeches, sketches and videos were keep short and the overall show didn’t drag and that was great. Chris Rock I also believe was a great host, the dude was super charismatic, charming, funny and everything you’d expect, but most importantly he was able to ride the line between being hilarious but also addressing the more serious issues in relation to the controversy involving the lack in diversity when it came to the nominated films and actors. I also really enjoyed the comedy sketches that he did especially the parody of The Martian and Joy, and the point where he asked several black people about the Oscar-nominated films really highlighted how out of touch the average/casual film goer is especially when it comes to people who’re black. I also really liked seeing Chadwick Boseman and Chris Evans together (yeah I’m hyped for Civil War :D), Daisy Ridley and Dev Patel, oh and Louis C.K. he was so hilarious especially his line about Mad Max winning another award. And I also have to show love for Kevin Hart, once again he was not only funny, but he also handled the “Oscars so White” situation well with the appropriate amount of seriousness and positivity as well, that man knows what’s up. But one of the best moments for me was the appearance C-3PO, R2-D2 and BB-8 taking to the stage, it may have been a throwaway scenes for some, but considering my love for Star Wars it was great to see these lot together. 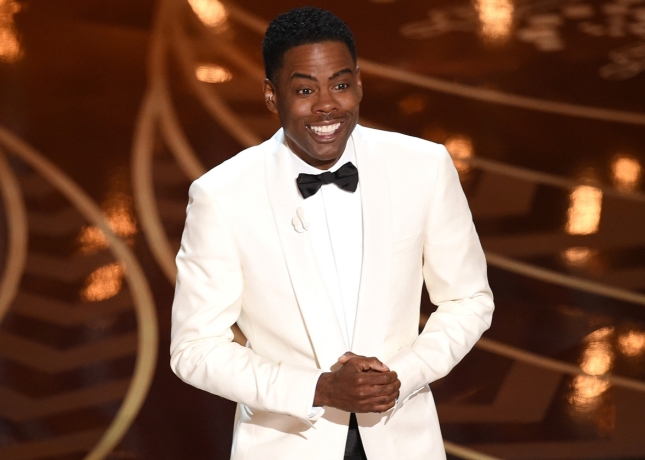 The only award I was gutted about was Best Supporting Actor, I would have loved for Mark Ruffalo, Tom Hardy or Sly Stallone to win, however, it went to Mark Rylance for Bridge of Spies, and while Rylance was good in the film, I don’t think he was really as emotionally engaging as the other actors I mentioned. I really wanted Ruffalo or Stallone to win considering how amazing their performances were, but alas it wasn’t to be. Oh and I guess I should be happy about Mad Max: Fury Road getting so many awards, 6 in total including the technical ones, though I was gutted to see that The Force Awakens got nothing though. 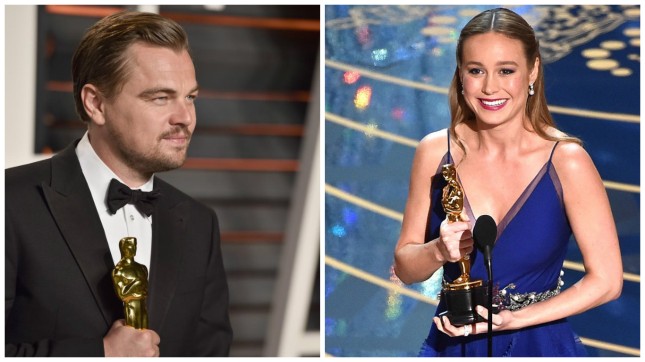 In conclusion the 2016 Oscars was a good turn out, I was happy for most of the winners including Leo DiCaprio and Brie Larson and with the awareness of the lack of diversity this year I can only hope that things will improve when the awards season swing around next year.

So what do you think of this year’s Oscars? Did these films deserve to win or not? If you watched it this year did it live up to your expectations or were you disappointed? Leave your comments below and I’ll catch ya later. 😀

Howdy people of the internet and welcome to another film review and today’s review comes in the form of Top Five, the latest film from Chris Rock in which he stars and directs. Now I had been waiting to see this film for months after seeing the trailer and its initial release in the US, and luckily my local Cineworld were actually showing the film so I saw it and now I’m ready to pass judgement.

The plot for the film came be summed up as the following:

“A comedian tries to make it as a serious actor when his reality-TV star fiancée talks him into broadcasting their wedding on her TV show.”

Overall I thought this film’s story was pretty good. What I liked about it so much is that while it was comedic, there was also a lot of drama and truth to some of the subject matter involved. This film deals with issues of truth, identity, relationships, talent and knowing the difference between what is right and what is easy among other things and it is handled nicely. I like how to the two main characters butt heads at first but then start to warm to each other, help each other out later on down the road. While the film’s story feels familiar, it at least tells a compelling tale that is funny when it needs to be but is also heartfelt and relatable when it needs to be too. The film also felt kind of self-referential to Chris Rock and his career (I guess that was intentional), and it was interesting to see certain parrells from Rock’s character to himself, and it kind of felt like Rock was saying, “I still have it. I may not be in the spotlight anymore, but I still have the funny factor that you love.”

Now let’s talk about the cast, it is comedy central as there are comedians left, right and center and it is awesome. Chris Rock as Andre Allen is very good, as the star he would have to be, but luckily this character has just the right amount of humour, charm, arrogance and heart to make him a well-rounded character. Rock is essentially playing himself here, bit unlike some of his previous comedic roles, Andre feels more fleshed out and realistic because of his career choices and similarities to Rock’s natural persona. I felt like Rock wanted to portray a certain kind of character in this film because he was directing as well acting and he really acted quite well. And then there’s Rosario Dawson as Chelsea Brown who was great as the journalist interviewing Andre. Chelsea is a smart and witty who asks all the juicy and important questions, she wants a good story and is not afraid to get under Andre’s skin to get them. Dawson as always looks incredible, but she is also very likeable, fun and heartwarming in her role. Together Rock and Dawson have lovely on-screen chemistry. Gabrielle Union was very nice as Erica Long, Andre’s fiancée. Erica was a light-hearted, happy and spoilt little lady who was pretty much trying to get her 15 minutes of fame, she’s quite irritating and mean, but behind all the smoke and mirrors you see that she has a heart and Union played her part well.

J. B. Smoove is great as Silk, Smoove is pretty damn funny whenever her shows up in a film or TV show and here he’s great too. The only other person who shows up and leaves as big a an impact se him is Leslie Jones as Lisa, this woman is really funny and had some of the best lines and moments, I wanted to see more of her. OH and Cedric the Entertainer as Jazzy Dee, what a legend. Cedric, that guy kills me sometimes with his comedic roles and Jazzy Dee is no exception, he’s off-the-wall and strange but also super hilarious too. Tracy Morgan as Fred, that guy was also funny and I love Morgan in general as he finds ways to make the simplest of things funny to watch. Kevin Hart even shows up for a bit as Charles and as usual he’s pretty good. Also Sherri Shepherd as Vanessa she was lovely and had some good moments in the film too. There are also some unexpected cameos in this film as well, I won’t ruin them for anyone who wants to see the film but I will say that their appearances are great. Oh you know what? Screw it. MINOR SPOILER AHEAD… The is a scene with Andre and DMX in jail and it was one of the most random, bizarre and hilarious moments in the film, so weird and yet so great.

In the end Top Five is a good film and was a very different film then I was expecting. While this film doesn’t reinvent anything and there aspects of the story that have been done before, on the whole it is a well-made, funny and dramatic film. This is the most notable piece of work that Chris Rock has done in years and I’m happy to see that he can still be entertaining but can also direct too.

So have you seen Top Five and if so what did you think of it? Whatever your thoughts are be sure to leave them in the comments below and I’ll see ya on the next review, laters! 😀