As you may have noticed people, I haven’t gotten back into the reviewing groove for TV shows as I’m still trying to sort out the timing for when I can put them out on a weekly basis. However, with the return of Agent Carter last week, I couldn’t leave my blog without giving you lot my thoughts (regardless of whether you want them or not haha). So what follows are my quick thoughts on the first two episodes “The Lady in the Lake” and “A View in the Dark“. Mild spoilers follow. 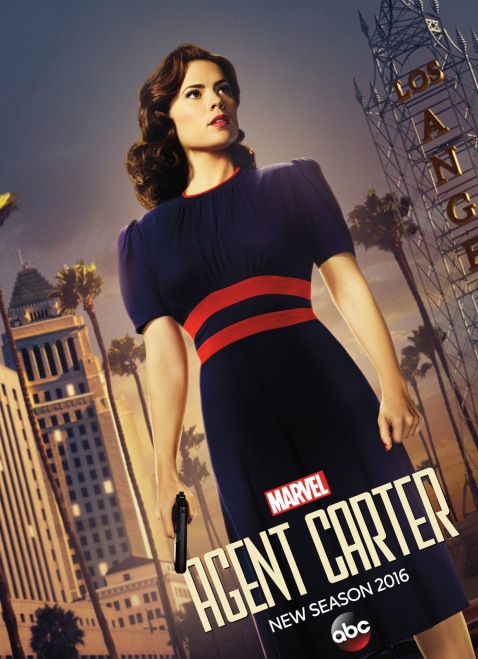 Well, I am happy to report that season 2 of Agent Carter is back in full effect and so far I’m really enjoying it. I liked the first season of this show but I found it a little slow and uninteresting during the mid-point, however, since we’ve already spent time establishing the world, main characters and plot details last time, it allowed this season to hit the ground running taking the foundations of what’s come before and build on it, while presenting new and interesting situations. The new mysteries/stories surrounding the frozen lady, Sousa and Peggy’s relationship status, Calvin Chadwick and his business with the Zero Matter and the secret council, and Calvin’s deceptive wife Whitney Frost all has different levels of intrigue, excitement and potential for the future. I’m especially liking Frost with her being the brains of the operation between her and Chadwick, and that Zero Matter, man, it reminded me a little of Gravitonium, but then I also thought of the Kree monoliths as well. I just want to know what it is and what it does. 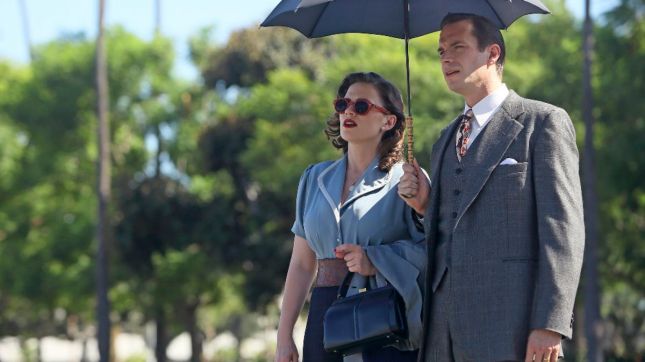 One of the things I liked about Agent Carter before was the relationships between characters, whether they were friends, potential love interests or enemies, and that applies here as well. There’s a lot of fun or dramatic moments with Peggy in these first few episodes whether it between her and Jarvis, Thompson or Sousa and it is interesting to see how these moments play out considering where these characters were in season 1 and where they are now. I also like the sense of progression from season 1, where times have changed, we’ve moved past the post-war era and are entering a world that’s a little more fun, exciting and unexpected as well. The change of scenery has allowed for a great new colour palette, different types of locations (like movie sets and jazz clubs) and gives the show a sense of scope that hasn’t been present before. 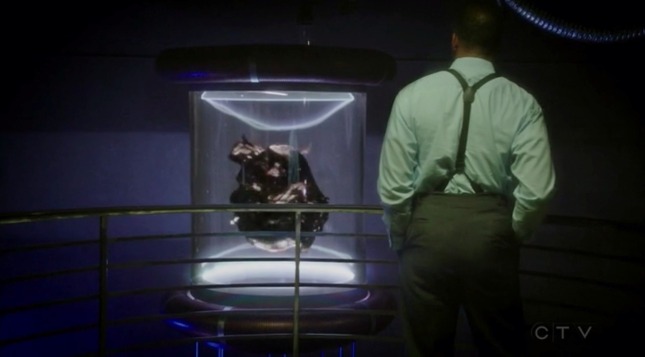 As for the cast I’m really enjoying the returning and new cast members as well. Hayley Atwell hasn’t lost a step as she’s still just a beautiful, witty and badass as she was before, but this time round she’s a more emotionally open and funnier than before. James D’Arcy continues to be hilarious and full of surprises as Edwin Jarvis with his new training regimen and need for adventure. Enver Gjokaj as Daniel Sousa is my favourite of the returning cast as he’s changed so much with him becoming a Chief of another department of the SSR and having a new girlfriend that he wants to marry, while also having feelings for Peggy too. seeing how his life has changed and some of the emotional turmoil that he’s dealing with is great to watch. also seeing the return of Chad Michael Murray as Jack Thompson and Bridget Regan as Dottie Underwood was also welcome, however, I am very curious to know where Dottie’s gone and when she’ll cross paths with Peggy again because I really love it when Dottie’s around being all creepy and subtly psychotic. And with the new characters, Lotte Verbeek as Ana Jarvis is just a delight to watch, Reggie Austin also introduces some nice character moments as Jason Wilkes, and while I like Currie Graham as Calvin Chadwick, it’s his wife that was way more fascinating with Wynn Everett doing a really good job as Whitney Frost. 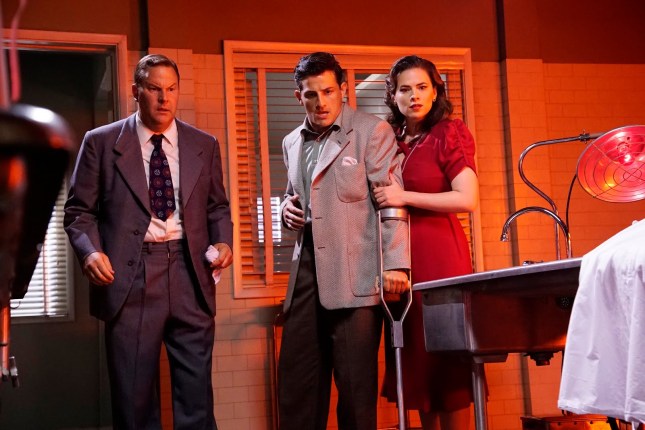 I can’t wait to see where this show goes in the next few episodes, I’m hoping for something a little more exciting and superpowered than before, but so far Agent Carter‘s second season is off to a great start.

A Quick Look Back At Agent Carter Season 1

Howdy ladies and gentlemen, how’s it going with y’all? As you can see I’ve not really wrote that much in recent times because I’m taking things easy around here. With that in mind I thought since Agents of S.H.I.E.L.D. is back in action, I thought it’d be nice to have a quick look back at Agent Carter and do a recap/review of sorts just to give you my impressions on the show as a whole. I’ll try to be brief I promise haha. 😛

The series features focuses on Peggy Carter, a former field agent who is now relegated to doing administrative work for the Strategic Scientific Reserve (S.S.R), however when Howard Stark’s inventions get stolen and he’s labelled an enemy of the USA, he turns to Peggy to help clear his name. So the series follows Peggy as she goes on secret missions for Howard while trying to navigate life as a single woman in 1940s America. 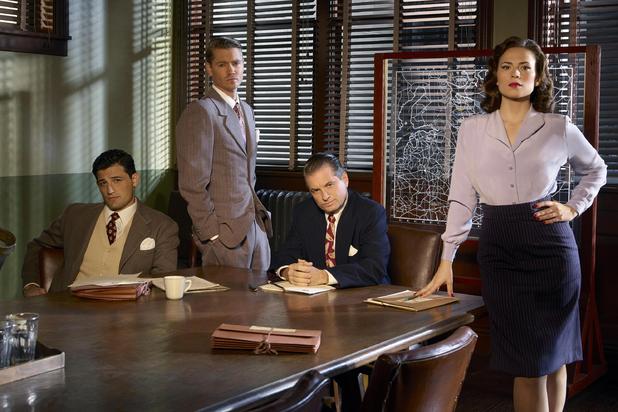 In a nutshell the story for this season was pretty good. Now I have to say after the two-part premiere of this series I did feel like the momentum slowed down and wasn’t as interesting, and while episodes were decent, they weren’t overly engaging for me and didn’t have that ‘wow’ factor that makes shows must watch TV. However after episode five things really started to pick up and by the finale I was left wanting more. The thing about Agent Carter is that there are a lot of similarities to Agents of S.H.I.E.L.D. like:

Besides what I’ve displayed above, I believe that’s where the connections stop. While this show and AoS had a slow start and had a lot of set up which resulted in some dull or uninteresting episodes that had nothing to do with the main plot. Thankfully AC had an 8-episode season, which meant the story had to be told fairly quickly and that was good decision. Even though I would like to have had more episodes, all of the 8 episodes felt relevant and didn’t deviate from the main plot. There was good deal of mystery, action, spy-based stuff and drama too. What I appreciated about AC is that the danger was always present, there was always something new to learn and that there was a focus on not only Peggy, but her connections with others whether they be allies or villains. Plus the nods to the comics and other MCU films and characters was very welcome especially when it comes to the Black Widow program.

When it comes to the cast, they were really good and what appreciated was the fact that there is some character building for new people, while already established members of the MCU got more depth to them. Hayley Atwell as Peggy Carter was brilliant, she continues to show why she is one of the best women of the MCU with a strong will, a good heart and a badass set of combat skills. She can be witty and uncompromising, but also melancholy and remorseful, she is just the perfect person you’d want on your team and you want to see her succeed through her endeavours because she’s such a great woman. Then there’s James D’Arcy as Edwin Jarvis, as I’ve said before this man is awesome. He’s the butler of Howard Stark and tends to Stark’s every need, besides that he is full of secrets and skills that we discover of the course of the show which makes him pretty interesting to watch. He assists Peggy’s assistant in her mission to help Howard and he is just as witty as Peggy, however he can be a bit careless and not quite as sharp. Carter and Jarvis have some great chemistry whether it is moments of humour or moments of drama. 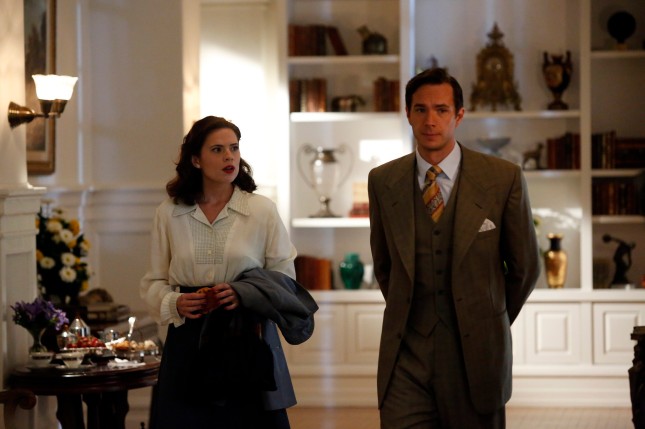 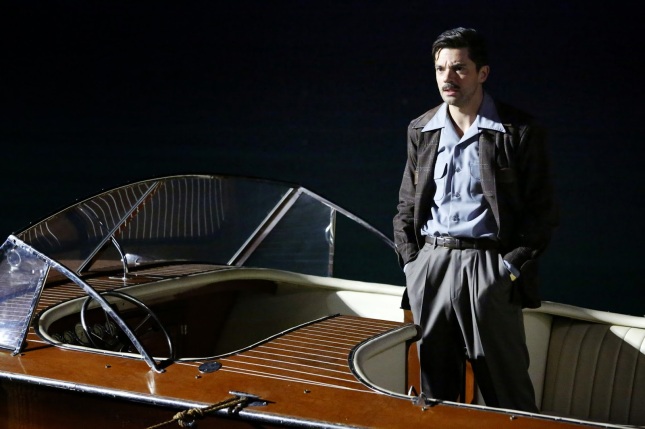 Shea Whigham is pretty good as Roger Dooley, at first his character came across as another typical mean-spirited boss with no personality, but eventually he does develop and become someone pretty interesting. Enver Gjokaj as Daniel Sousa was nice, he was probably the nicest of the males working at the S.S.R., however he was still a bit bland at first and it wasn’t until the latter part of the season when I got to like him.Chad Michael Murray as Jack Thompson is another character I didn’t care about at first because his initial impressions were less than welcoming, however he too was a character who I grew to respect because we got to learn about his backstory and saw him interact with Peggy a lot too. Dominic Cooper again does a really good job as Howard Stark, continuously Cooper’s performance really mirrors that of Robert Downey Jr. as Howard continually shows more and more parrells to Tony, showcasing where most of Tony’s best and worst attributes stem from in the first place. Also Bridget Regan as Dottie Underwood, what a lady! She was a great antagonist for the series and he double act was really fun to watch, though what was even more impressive was Dottie’s backstory and her demeanour when in attack mode, she was cold, vicious and aggressive. And finally Ralph Brown did a goo job as Johann Fennhoff while Lyndsy Fonseca was really fun and charismatic as Angie Martinelli.

As for the presentation it is pretty good. The visual style is nice and the cinematography is good, but the best thing is about the show is the action. The action sequences are well-shot and wonderfully choreographed especially when Peggy and/or Dottie are involved. 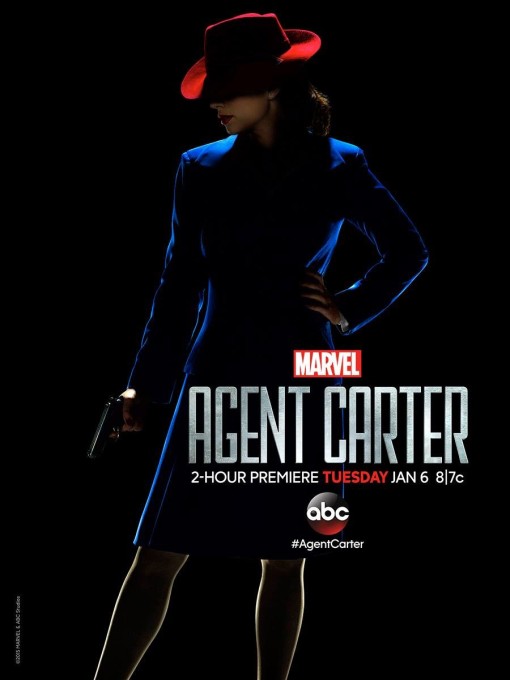 In conclusion Agent Carter‘s first season was pretty good. It was off to a rocky start in the early episodes, however, once we got around half way in, things got a little more interesting and some of the early set up really started to pay off with the revelations in the later episodes. The short number of episodes are good, the performance from Hayley Atwell and the rest of the cast were great and the action was very nicely done. I do hope this series gets a second season, it would be a shame for these stories to end so soon.

So did you see the first season of Agent Carter and if so what did you think? Do you think it lived up to expectations or not and if there is a second season what would you like to see? Whatever your thoughts are be sure to drop them below and I’ll see you on the next review, laters! 😀