Howdy ladies and gents of the internet, its review time once again, first one of 2019 as well and today I am bringing you a very important review of a film I’ve been hyped to see for MONTHS! I am of course talking about Dragon Ball Super: Broly. Now I saw the film yesterday afternoon and I’ll just say it up front that I had one hell of a time with it and knew that I just had to write about it on my blog, so let’s not dilly dally and get on with this review. 🙂 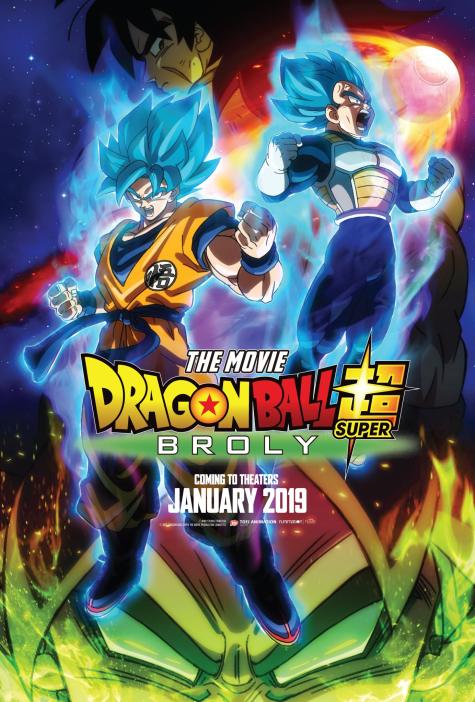 Now, for those who aren’t aware, I LOVE Dragon Ball. I first came across Dragon Ball Z on Cartoon Network’s Toonami slot in 1999 and it changed my world forever as it opened my eyes up to the world of crazy shounen anime. And while my love the franchise started to wane in the late 2000s because of my new love for other anime especially One Piece, after the release of Battle of Gods, Resurrection F and the better episodes of the Super anime, I have found myself in love with this franchise as much as I was when I was 9-11 years old. So with the new Broly film coming out, I went from thinking “Oh they’re bringing Broly back again? Boo. I don’t want him,” But after learning about Toriyama’s involvement and the animation staff involved via AnimeAjay and my hype levels started to increase, and with the trailers, I went out of my mind waiting for this new film.

So the plot can be simply summed up as the following: “Goku and Vegeta encounter Broly, a Saiyan warrior, unlike any fighter they’ve faced before.” That’s the simplest way to put it. I could say more but then I would be getting into specific story details. This story is a simple yet effective one about revenge, sins of the past, control and free will. One of the things I loved about this story was the dramatic/emotional side of things, its something we rarely get to see in Dragon Ball and it was handled so well. The film was also incredibly funny and it had great moments of humour at just the right times. On top of that the film had so much great fan service for long-term fans of the series, and while there were some retcons and changes made to the mythology, it was handled in such a great way. The only nitpicks I had was that I wanted more time spent in the past and during the latter half of the film, the pacing is so quick that it’s a little hard to keep up. But these aren’t issues that deterred my positive experience.

As for the characters I really enjoyed how everyone was utilised. Because of the nature of the story, the cast is limited to Goku, Vegeta, Frieza and a handful of regular cast members and the new character exclusive to this film. With Goku and Vegeta they’re as great as ever with Goku being very carefree and funny but also a little wiser, while Vegeta is just as serious and badass as usual. Frieza was beyond hilarious but also just as sinister and corrupt too, Bulma was really good and hilarious, the use of Beerus and Whis was cool and though Piccolo’s use in this film was minor, it was delightful. As for the new characters, Lemo and Cheelai were great, Lemo was this wise old dude who was chilled out and cautious, while Cheelai (the new waifu for a lot of DB fans) was a spunky and cool lady who took a liking to Broly. And finally there’s Paragus and Broly, Paragus was a tough man who has held a grudge for many years and isn’t the nicest man or father, and Broly, unlike his previous film appearances, actually has a good backstory as a victim of circumstance so when he fights you feel for him. Oh, and the voice cast for the English dub was really good especially with Sean Schemmel, Christopher Sabat and Monica Rial.

From a presentation standpoint, it was beyond epic. Visually this was one of the most visceral, intense, spectacular and mind-bending films my eyes have ever experienced. This film features absolutely fluid animation with various camera angles, tracking shots, rotations, layering of effects and a beautiful art style for characters which looks drawn/illustrated and a great sense of scale, a wonderfully varied colour scheme for space,  planets, environments, beam attacks and so on. Several times I found myself in awe at the quality of the animation with character movement from subtle things like hair movement and background details. Also, the film score by Norihito Sumitomo was fantastic, Sumitomo’s work on the recent films and Super has been fantastic and here he creates some of his most emotionally driven, beautiful and intense material so far, and besides this weird song with lyrics implemented during one fight sequence, everything was perfect in the audio department. 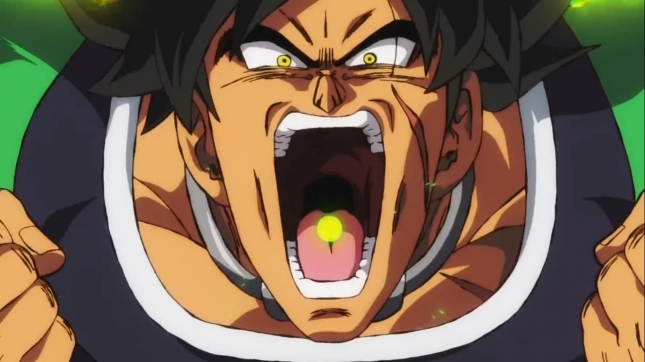 So to conclude, Dragon Ball Super: Broly is just fabulous and it truly is a film made for fans. Now I know that my opinion on this film is incredibly biased and a number of people probably won’t love or like it due to their lack of attachment to the Dragon Ball franchise, however, I do believe this is the best film in this franchise thanks to it’s really fun and interesting story, great characters, brilliant presentation and wonderful fan service. This is a film experience I am that I got to have in the cinema and if you’re a fan of this franchise you owe it to yourself to check it out.

Posted by Hypersonic55 on January 25, 2019 in Anime, Film Reviews, Reviews