Howdy people of the interweb and welcome to Films to look out for in 2018! This is my preview of upcoming films that I believe you should check out. In PART 1 I covered films from January to March, and in this post, I’ll be covering April to July.

The main reasons I’m interested in this film is due to Emily Blunt’s involvement and the premise of a family hiding from a supernatural evil by not making noise and using sign language. It is an intriguing angle for a horror film considering how important sound is to the genre and that trailer was really atmospheric and cool so I’m curious to see how this

You Were Never Really Here

I had heard rumblings about this film via Collider Video or some online film-related thing online about this film from the Cannes Film Festival, so naturally, I want to see what’s going on with this film, plus it has Joaquin Phoenix in it too so I’m definitely interested.

This seems like such a crazy story and the fact that it’s based on true events only get me more excited to see how this story unfolds. While I’m not overly into political films, the cast and premise make this a film I have to see.

I am very, very curious to see how this film turns out. The 20th Century Fox X-Men universe has been a series of highs and lows, and their best material with Deadpool and Logan have been isolated from the main series of films with a few references here and there. So I assume this film will follow suit. The teaser trailer was interesting but looks like another random horror film, the reason I’m interested is because of the horror mixed in with superhero source material. I hope it works out. 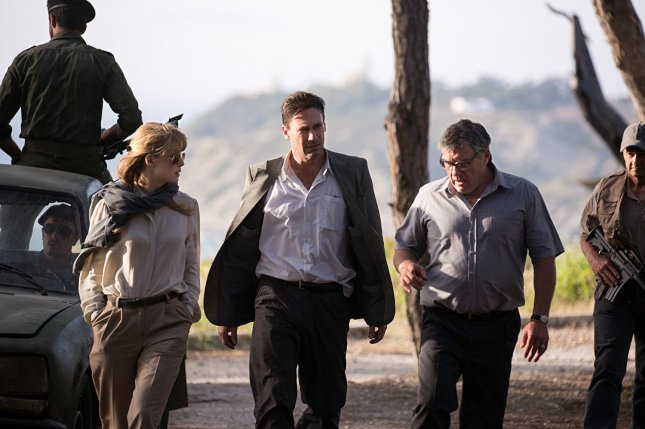 I feel like a broken record but I like the premise of this film: “A former U.S. diplomat returns to service in order to save a former colleague in Beirut.” Add on top of that the writing talents of Tony Gilroy and the acting talent of Rosamund Pike, Jon Hamm and Shea Whigham, and you have an interesting political thriller worth checking out.

Funnily enough I still haven’t seen 10 Cloverfield Lane yet and I can barely remember Cloverfield from the two times I saw it on TV around 6-8 years ago, and yet I’m still interested in watching God Particle because of the ties to the previous films but also because of the cast including Daniel Brühl, Elizabeth Debicki, Gugu Mbatha-Raw, Chris O’Dowd, John Ortiz and David Oyelowo? I’m down.

“A woman returns to her Orthodox Jewish home after the death of her rabbi father and stirs up controversy when she shows an interest in an old childhood friend.” Interesting, plus it has Rachel McAdams and Rachel Weisz involved too

Here we have the big film I’ve been waiting .for, the wait for Infinity War has felt like the longest thing ever and now it is only a few months away! The teaser trailer made me go crazy with excitement and while I know this film could potentially disappoint me because of my absurd hype levels, I have faith that the Russo Brothers, Kevin Feige and the cast will deliver an epic superhero adventure that will finally show us why Thanos is a badass villain.

Here we have another film I didn’t know about until I looked it up. The premise sounds interesting: “After her anxiety-ridden mother disappears, 15-year-old Bee does everything she can to track her down, discovering her troubled past in the process.” Plus I like the cast including Cate Blanchett, Billy Crudup, Judy Greer and Laurence Fishburne, and it is directed by Richard Linklater who is a great director and since he did School of Rock, Boyhood and one of my personal favourites, A Scanner Darkly, I’m curious to see how this film turns out.

I am SO curious to see how this film turns out. Now I never wanted this film to happen, I still don’t think it should exist, however, considering the behind-the-scenes drama with the production of this film, I want to see how it turns out. Will this be a good film or the worst of the new Star Wars films so far? I hope Ron Howard delivers the goods. 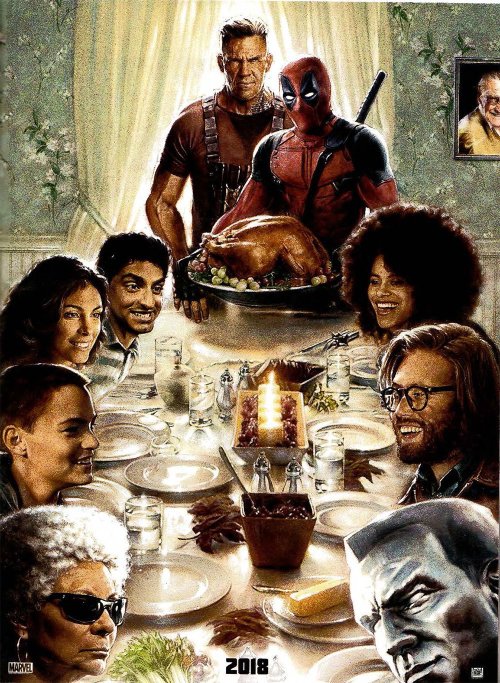 I liked Deadpool from 2016, but I don’t think it was this super amazing comic book film that everyone was going on about. It was certainly different, violent, had good action and some funny moments, but I think some of the best jokes and action scenes were shown in the trailers and the majority of the film felt like the raunchy adult comedies that I don’t care for. I hope that the humour will be better and the action will be more extreme than before. The weird Bob Ross-inspired teaser was decent, but I hope I’ll like the new film more than the first.

14 years… That’s how long its been since the first Incredibles. I can’t believe it has taken so long for this sequel to be made, but I guess it is better late than never and with Brad Bird back to direct I’m sure he and the other members of Pixar have come up with a solid film. I just want to see what happened to this family after the original and see what they look like with today’s CGI.

Back in 2015, I liked Sicario, mainly the beginning and the final act, but it was that latter half of the film involving Benicio del Toro’s character that captivated me the most. So when I heard there was a sequel with his character as the focus I was excited and concerned because the first film worked well as a singular story. However, I don’t care, that trailer got me hyped. It looks similar to the first film but with a larger scope, no rules and more intensity.

Ant-Man and the Wasp

Ant-Man was a surprise for me back in 2015, I enjoyed it far more than I expected and by the end of it I was very much looking forward to a sequel, and after the events of Civil War I really want to see how much crazier/worse Scott Lang’s life gets when he goes back to working on his solo adventures with mentor Hank Pym and new partner Hope as Wasp. I hope this film will have the same kind of creativity with its action sequences large and small, I’m also looking forward to Scott and Hope’s hero dynamic and I’m also ready for more of that great humour especially from Michael Peña.

It still feels a little surreal that this film is actually coming out. After so many years for being in development with James Cameron and then never coming to fruition in his hands, we eventually got another director, cast and fast forward to this year, and we have a trailer and release date of June. The trailer has me intrigued, and I hope that the film will be good. 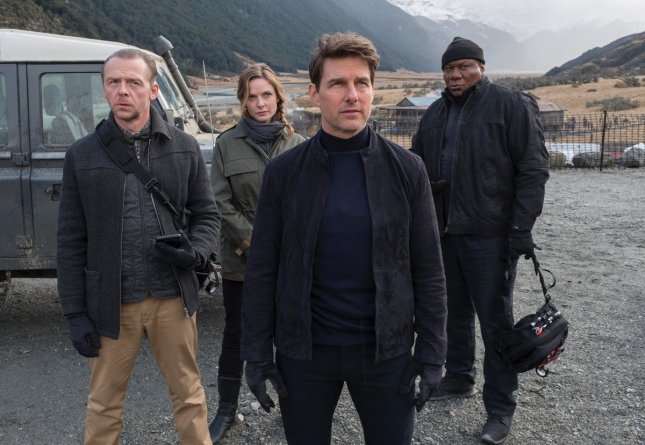 I really liked MI5, it had really great action scenes, the good chemistry between the cast and wonderful introduction of Rebecca Ferguson’s character who returns for the new film. I have no clue what the plot’s about, but I’ll be looking forward to more adventures with the main heroes, crazy stunts and what Henry Cavill brings to his role.

Alrighty then, that’s PART 2 done. Thanks a lot for reading. Are any of the films listed on your personal list of films to watch? Whatever your thoughts are, drop them in the comment section below and I’ll see you for PART 3! Laters 😀