My Recent Trip To Canada

Hello there to allow my fellow followers and to the people of the internet in general. How’s it goin? Anyway you may have noticed a lack in activity on this blog and there’s a reason, basically I was abroad in Canada visiting family, and while I was able to post about E3 this year, since I wasn’t in the UK I couldn’t do much in the way of reviews. So since I’m back in the UK adjusting back to normal life I thought I’d do a short blog post about the highlights of my trip. 🙂

Catching Up With Family And Friends

One of the main reasons I wanted to go back was to visit my family over there. You see my uncle got married out there 11 years ago and meet my family in-law and their friends. Even though my uncle and his family have come back on a few occasions in recent years, I haven’t seen everyone else for the better part of a decade, and so while I didn’t see everybody, just catching up with people and seeing what’s changed and what’s remained the same, but also being able to have more adult conversations was fabulous. We did so much from playing laser tag and riding a flight simulator over Canada to chilling out playing video games and watching films, it was a delightful mix of excitement and relaxing stuff. 😀 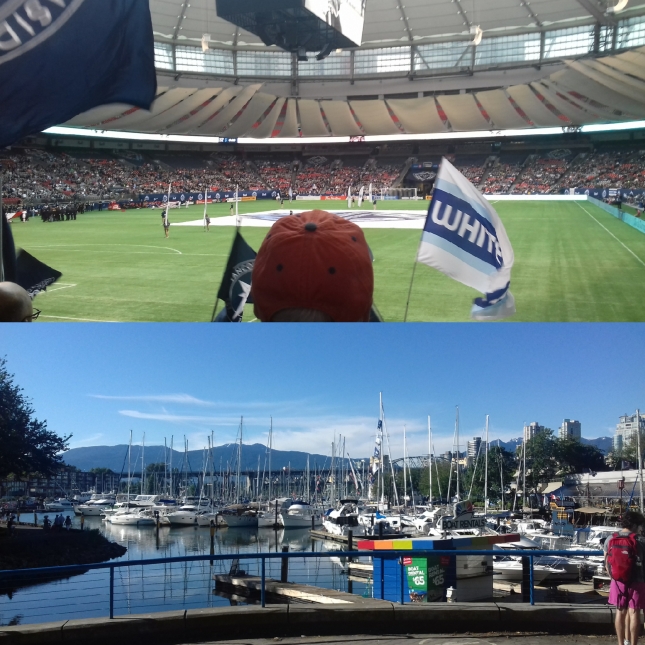 One of the things I loved about my holiday from the first day was the food, I love me some good food and thankfully my auntie wanted to take me, my cousin and sister to all of these different asian food places and we tried so much, from Japanese to Vietnamese to Korean and so much more and there was so much diversity when it came to the meat, seafood and vegetables. For the most part I ate a combination of stuff that was interesting, stuff I liked and stuff I didn’t know I would love, it was fabulous. I ate everything from pizza and burgers to curry to steak and lobster to fried squid to sushi and shrimp and so much more. I was so full on a good few of these days and I probably ate more in the first week than I;d had in the few weeks that came before the holiday. At times it was a little too much but I powered through as much as I could and I think I did a damn good job. 😛 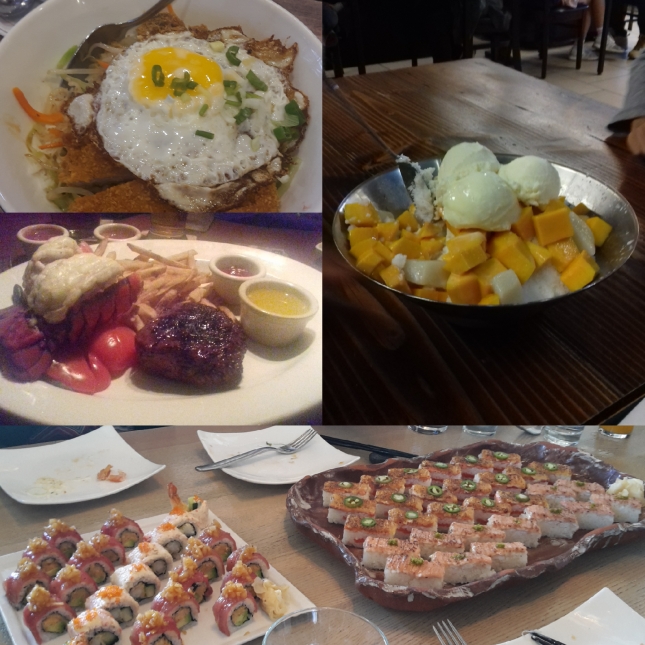 Man I enjoyed the drinks in Vancouver. One thing I never got to do last time I was abroad was drink alcohol because I was 2 years below the age limit, so funnily enough my auntie and uncle were keen for us to try all of the different alcoholic beverages the restaurants had to offer, as well as the stuff they had at home and it was a hella fun session. From beers to sake to various cocktails and other mixtures, I had a lovely session. At times it got a little too crazy and I got buzzed on a few occasions, but since we never went out things never got too out of had. But I have to admit, there’s a lot of drinks over there that I. Beyond the alcohol, I had a good few interesting soft drinks whether they were tea, certain juices or fizzy drinks, the types of drinks were much more varied and experimental when compared to what we have in the UK and I need more of that stuff.

Vancouver is one beautiful place, and when I left there back in 2007 I could still recall all of the wonderful sights I’d seen. But good gravy it was great to go back! From the time I got into the airport to being in Metrotown to Stanley Park, I got to revisit places I hadn’t seen since i was a teenager. Plus there was everything new that I got to see and experience, I love the buzz and energy of Granville, I could walk around that place for ages, admiring the tall buildings, looking at the locations used for filming in certain film and TV shows and checking out the buskers among other things. I also went to my first football match ever in Canada (random I know), and that was awesome because the atmosphere was electric, I loved the chanting, the national anthems and even the opposing team faking all of their injuries haha. Oh and there’s this kick ass place I went to called the Stormcrow which was this awesome full of nerdy stuff like posters, props, masks, and board games from video games and sci-fi and fantasy films and TV. It was delightful.

And finally we have what could be considered the highlight of my holiday; meeting Max Landis. When my uncle told me he’d be at the comic book shop he used to work at, I jumped at the opportunity to meet him in person and it was easily one of my favourite moments of the year. Like with other notable people who work in the world of entertainment, I was flustered mess haha. I just about able to talk to him coherently introducing myself to him and being able to ask him about his creative process and Landis was incredible. He was just charismatic, engaging and larger-than-life as he appears when I see him online. Just listening to him speak and respond to people is fascinating and I was so glad to get my copy of Superman: American Alien signed and get my photo taken with him.. 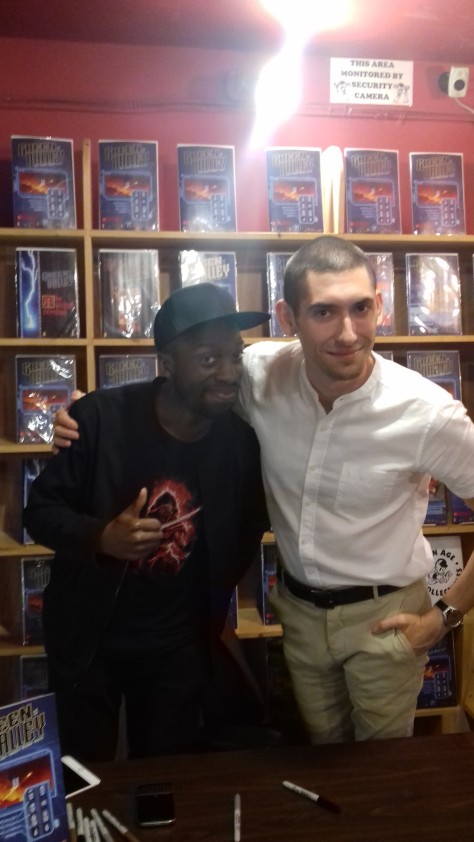 So yeah that was my little account of my recent two week session in Canada, it was a great two weeks away. It really felt like time got away from us and I wish I had more time to explore and go out for session of dancing or do karaoke or visit other family members. But in the end I had fun and I will go back in the next two years, hopefully. Thanks for reading and look out for some reviews in the near future. 😀