Howdy ladies and gents, how’s it going? Today I’m doing a music review, yes, one of those! Its been almost 2 years since I reviewed Jack White’s Lazaretto album in 2015, but I knew I had to come back and talk about this album in particular. For those not aware, Jamiroquai are my favourite band of all time, I’ve been listening to their music since childhood and the wait for their 8th album, Automaton, has been the longest and most painful wait of any album in recent memory (other than Red Hot Chili Peppers’ The Getaway). So after listening to the album 3 times and finally getting free to blog I’m ready to review it!

Like I mentioned above, I’ve been jamming to Jamiroquai since childhood, probably around 1996 with the sounds of “Virtual Insanity“, “Cosmic Girl” and “Space Cowboy (Classic Radio Mix)” being my video into their sound. After that I had all of their main singles until 2004 and 2005 when I got The Return of the Space Cowboy and Dynamite and that’s when I really dove deep into their song and became a fan for life. Back in 2010 I really liked Rock Dust Light Star, I will admit it did take a few listens to truly appreciate some of the songs, but on the whole I thought it was solid. But after a while of hearing little to no updates as to when the next album would drop, especially after 2015, I thought I’d be waiting forever for something new. But thankfully 2017 was the year when Jamiroquai reemerged and I couldn’t be happier.

Now before we continue I just want to say as I always do, I’m no music buff, I just like the sound of music and like many people in the world I have an opinion. So don’t kill me if I don’t use the right technical jargon when I’m describing the music okay? Good, let’s continue. 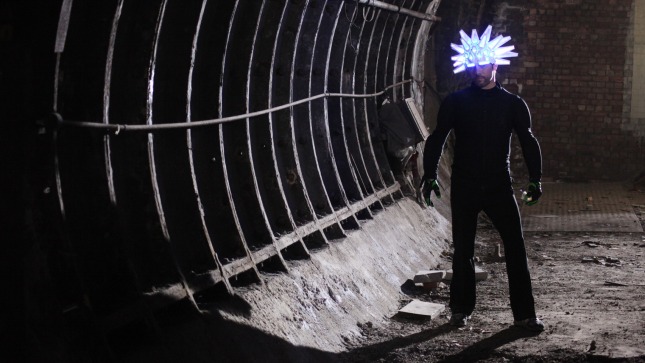 So to start things off, Automaton is a damn good album, there’s no two ways about it. Jamiroquai have come back with a sound that is familiar, yet fresh and it has one hell of a presence. The best way to describe the sound of this album would be if Jamiroquai took the funk, disco and electronic sounds they’ve done in the past and mixed it in with some Daft Punk and this album would be the end result. It is not like the band have completely abandoned their acid jazz flare completely as there are increments that can be found throughout the album, but this album feels more like a follow-up to A Funk Odyssey with elements taken from Rock Dust Light Star too. Automaton has an eclectic set of songs and yet they all work in cohesion with each to create a wonderful listening experience which is fun, upbeat, heartfelt and groovy as hell.

The album begins with “Shake It On“, and it is good way to open the album with an upbeat and groovy song with a lovely chorus and has a mixture of electronic, funk and disco sounds. And then we have “Automaton“, the first single released from this album and I don’t care what some fans say, I love this song. Upon first listen it was a little strange with the flow of the music, distorted sound effects and modulated vocals of Jay during the verses, but once that chorus kicked in, the song had me. And since then the songs only become more addictive with its futuristic electronic sound with a bit of that classic sound sprinkled in around 3:25. “Cloud 9” was the next single released from the album and good gravy is it a good one, unlike “Automaton” which rubbed some fans the wrong way, this song feels more in line with the sound that the band’s done before. It is a chilled out and very groovy kind of song that gets better with every listen, and part of the reason I like so much is it feels a little like a combination of Daft Punk and Justice. “Superfresh” is another nice track that has a marvelously crafted disco-like sound that opens well and has a lovely chorus too.

And there’s “Hot Property“, good gravy that song is awesome. The way the song starts up with that bass and main melody, it reminded me of “Supersonic“, from there you have a song with a catchy chorus, a lovely breakdown around 2.27  which switches perfectly back into the normal sound around 3.10, the song is great especially for dancing. “Something About You” is an enchanting little song that’s chilled out and not as flashy as some of the other songs on the album, but it has a feel-good vibe, its relaxed and has the lovely Jay Kay vocals too. This was when I was really getting those Daft Punk vibes where I was reminded of songs like “Something About Us” and “Fragments in Time“, very different songs but sort of similar in feel. I also really enjoyed around 2.41 where the guitarist is definitely channelling that Nile Rodgers style of work, and the final minute or so of the song with whimsical music and wonderful vocals, its magical to me. Then there’s “Summer Girl“, on my first listen this became my favourite song on the album. It feels like a spiritual successor to the band’s free song “Smile” from 2011. It’s GORGEOUS, the way it flows, and perfectly captures not only the vibe of summer and that feeling of elation when you’re in a relationship, but also channels that perfect Jamiroquai song it is insane. This song  is pretty much perfection to my ears with the groovy music, incredible chorus and the blend of Jay Kay and the female backing vocalists works perfectly together. “Nights Out in the Jungle” is a song on my first listen I kind of liked, but on subsequent listens I’ve dug it more and more. I like the beat, the chorus is addictive and it has a subdued yet playful nature to it.

“Dr Buzz” stood out a lot on my first listen just because it felt more story-driven, dramatic and atmospheric, and yet it is still incredible. There’s a melancholy and somber tone that I get from this song and yet there’s so much beauty to be found from the musical composition (shout outs to the saxophone and guitar work towards the end of the song), but there’s also the vocals which are amazing especially with the verses, and chorus. Then there’s “We Can Do It” which has a nice sound and vocals, but it is my least favourite song on the album just because it doesn’t really grab me like other tracks. “Vitamin” is a song that caught me off-guard with its crazy upbeat tempo, ferocity and intensely groovy sounds, and yet it got its hooks into me and I feel in love. It feels like a true transformation/transition of the Jamiroquai sound from the late 90’s to now with the new beats and classic instrumentation. And the album ends with “Carla“, a track that’s wonderful in its music composition, and has great vocals, but what makes the song so special is the fact that its tribute to Jay Kay’s daughter which can clearly be heard in the lyrics and its beautiful.

My favourite songs for this album is tough as the whole album is pretty much amazing, but if I had to narrow it down these would be my choices:

In conclusion Jamiroquai’s Automaton is a fabulous album that gives you what you want as a fan of this band, but at the same time they deliver new sounds which you didn’t know you wanted until I hear them. The album is great to listen to if you want to dance or chill out, it’s just delightful and I’m SO happy that Jamiroquai are bringing the funk back. If you’re a fan you owe it to yourself to check this album out if you haven’t already, it is one delicious session! 😀