Howdy ladies and gents how’s it going? So after months of waiting with really solid trailers and ominous black and white imagery, we’re here in March with the release of Logan, one of the most notable blockbusters of the year. I’ve been hyped for this film since the first trailer and with the early reviews I got really excited to see the end result, so after checking it out last night I’m ready to pass judgement.

The story can described as the following:

“In the near future, a weary Logan cares for an ailing Professor X in a hide out on the Mexican border. But Logan’s attempts to hide from the world and his legacy are up-ended when a young mutant arrives, being pursued by dark forces.”

What I appreciated about this film was how different it was. The best way to describe this film is that it is an emotional rollercoaster from start to finish, you’ll be laughing one minute and be super sad the next or be shocked one second and super tense later on, this film covers every emotional base. Tonally it’s not only different to the rest of the X-Men films, but also comic book films in general, the direction and approach to story, character and drama felt dark, mature, melancholy and surreal. If it weren’t for mentions of mutants, verbal and visual cues to previous films and the use of Hugh Jackman and Patrick Stewart, you probably wouldn’t guess this was an X-Men film at all, and that could be a good or bad thing depending on what kind of fan you are of this film series. The overall story is solid and unfolds in a lot unexpected ways, if I had anything I would nitpick about, and I mine the tiniest nitpicks would be that the film’s story unfolded differently than I expected and there’s a few questions the film presents that never get enough clarification, but otherwise I really enjoyed this story.

The cast as excellent and all did great in their roles. Firstly thee’s Hugh Jackman as Logan/Wolverine and he kills it in this film. Jackman’s been fantastic in this role for the last 17 years and has only gotten better with each film, and he we get Logan at his lowest point, he’s troubled by his past, is in bad shape, not healing properly and his lifestyle is hardly ideal but he has no other choice. Jackman really channels the core elements of what makes Wolverine such an interesting and endearing character in the comics not through the physicality of his performance but also through dialogue and facial expressions. Patrick Stewart’s return as Charles Xavier/Professor X was incredible, while I’ve always liked what Stewart brought to this role, in this film because of Xavier’s old age, condition and certain story elements we get to see a totally different side to this character, one that is fun, strange and hard to watch at times and as usual Stewart puts his talents to good use here. Oh and of course we have to talk about Dafne Keen as Laura, good gravy, I dunno where Jame Mangold and the casting people found this girl but she was damn good! Laura is an interesting character not only because of her origins but also due to her interactions with other but in the conversational type and physical type, she’s quiet yet feisty and she doesn’t say much but says a lot though facial expressions and kicking ass and Keen is such a humourous little badass but also quite serious too. Boyd Holbrook was really good as Donald Pierce, Holbrook was always physically intimidating, charming and cool as the tenacious villain, Stephen Merchant was also very interesting as Caliban, he had a more substantial role than I expected and I liked his interactions with Logan too, and finally Richard E. Grant was also quite memorable in the film too.

When it comes to the presentation it was really solid. Visually the film was damn good, the cinematography was really good with some lovely landscape shots, good angles and tracking shots during the action scenes and a good use of colour too. But I seriously have to commend the filmmakers on the action, holy crap this film was gorgeous. This film puts that 15/R-rating to good use as people get cut and stabbed left right and center, there’s brutal gun fights and explosions, and it is handled with great style, violence and brutality. Wolverine and Laura go to work in this film with some of the best choreographed action scenes in the superhero genre, plus some of the kills are some of the best, most filthy and creative material I’ve seen for a while. And the film score from Marco Beltrami was pretty solid, at times it was really impressive, dramatic and had presence in the action sequences for sure, that being said some of the instrumentation felt a little too heavy or strange in parts. 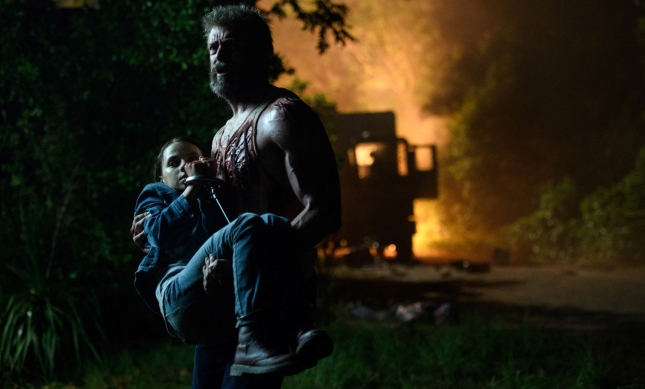 In conclusion Logan was a pretty dramatic session with a lot of unexpected elements with the story and characters. Loved the action, violence and quiet character moments, it isn’t your conventional comic book film, but it’s definitely the Wolverine film fans have wanted for years and I would recommend it.

So are you going to watch Logan or if you’ve seen it what did you think of it? Be sure to drop me a comment below and I’ll see ya on the next review, laters! 😀

Posted by Hypersonic55 on March 2, 2017 in Film Reviews, Reviews

← My Thoughts on the Passing of Bill Paxton
QUICK REVIEW: Kong: Skull Island →

One response to “QUICK REVIEW: Logan (NO SPOILERS)”