Howdy ladies and gents, time for another one of those trailer reviews and today I’m here to talk about the newest trailer for Suicide Squad. Now I’m pretty sure I did a review for the first trailer last year, but according to my archives I didn’t. I really enjoyed the first trailer and since then my interest in the film has only increased, the new posters were cool, but I was just waiting for the new trailer and later on it was dropped.

So here’s the trailer below:

Now I only got to see this trailer just before I got to go to work around 10am today and I was impressed. This trailer has a nice sense of personality and charm, and while we don’t get too many new details when it comes to the story, we do learn a few more details like:

This trailer is all about Margot Robbie as Harley Quinn, I just love this girl’s enthusiasm, personality and timing for humour through her strange personality. Robbie just steals the spotlight and it’s not just because of how gorgeous she is in her costume, but more so because she has some of the best dialogue and scenes. Just behind her was Jared Leto as the Joker, while this trailer doesn’t show much more than before, it did allow us hear him speak and laugh and illustrate this new interpretation of madness. It remains to be seen whether he’ll be a super memorable Joker when compared to what’s come before, but I’m sure he’ll be great. I really enjoyed seeing more of the characters Deadshot, Enchantress and her creepy smoke aura, and more moments of Rick Flag and Captain Boomerang (who looks pretty funny as played by Jai Courtney). And it also helps that the trailer included “Bohemian Rhapsody” by Queen, besides “Don’t Stop Me Now“, this is one of the most popular of Queen songs and it was well interrogated into the trailer with specific scenes and moments. And while I don’t need famous songs in trailers, this was one of the better ones with the action cut to the music which amplified the visuals. 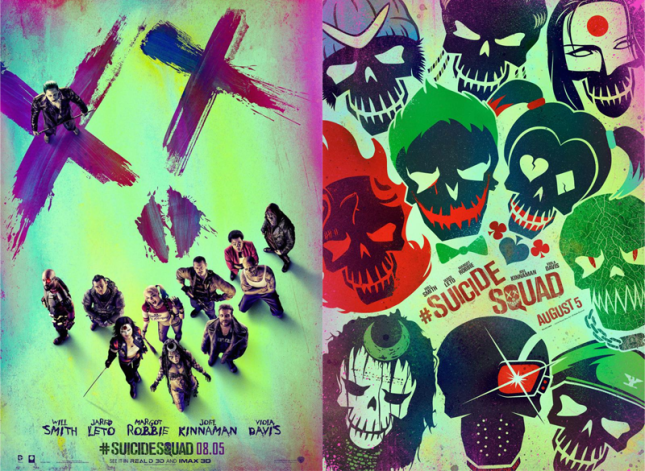 To conclude Suicide Squad looks like a lot of fun, and this new trailer only increases my excitement. Now It’s probably not in the high-end of my most anticipated films of 2016, but it’s very charismatic, colourful, action-packed and humourous. The film could be okay, but I’m hoping it’ll be much more than that and help launch the DC cinematic universe beyond Batman V Superman and the upcoming Justice League and Wonder Woman films.

So have you seen the second trailer for Suicide Squad and if so what do you think of it? Are you more or less excited than before? Be sure to drop me a comment and I’ll see ya on the next review! 🙂