Howdy ladies and gents, and welcome to post #5 on What I’m Currently Watching where I give you a tiny update on what TV-based stuff I’m watching and give mini reviews/impressions on them. In this edition, while I’m still watching Alpha House and Justice League, I’m focusing on more of the newer stuff I’ve been watching. With that out of the way let’s go! 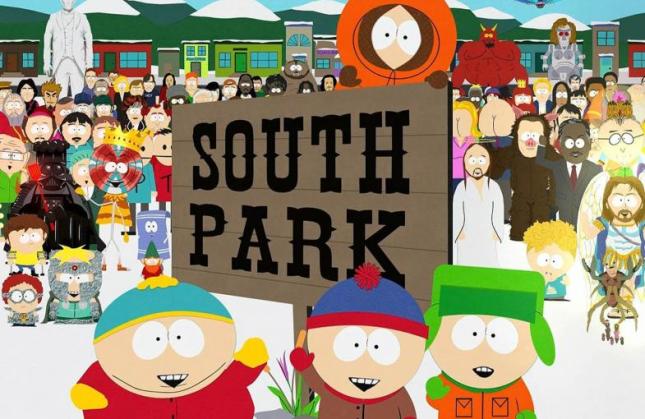 It feels crazy that South Park is back on the air, it feels like ages since last season, but I guess because of the development of Stick of Truth it was gonna take a while for Matt Stone and Trey Parker to get  the wheels turning back in the TV department. Anyways I’m just glad that it is back and so far I’m liking it. “Stunning and Brave” and “Where Have My Country Gone?” have been funny and insightful, SP feels just as funny as ever with all of its pop culture references, violence, and the crude and blunt nature of the show is intact. I like how these first two episodes are directly linked and seem to be embracing change when it comes to the characters and scenarios they are tackling. Sure there has been continuity between episodes before and it may just be a while before they switch things back to normal like they’ve done before, but beyond the standard SP codes and conventions, it has been interesting and refreshing to see immediate cause and effect between episodes. And while the episodes weren’t instant classics or made me laugh so hard, I’m just glad to have one of my favourite shows back.

This week Castle returned with its first episode of its 8th season and I have to say I was really into it. It does feel like what the people behind the show have done is turned what happened to Richard on its head and made Kate Beckett out to be enemy of the state with her disappearance, the secrets and lies and everyone left wondering just what Beckett is up to. There’s drama, tension and that trademark humour too. There’s a scene involving spiders which I can imagine was pretty hard to watch for certain viewers and even though I’m fine with those critters even I felt a tiny bit squeamish. So far I’m liking the direction of this 8th season, there are ties to previous season material, new characters in play and new scenarios to encounter. 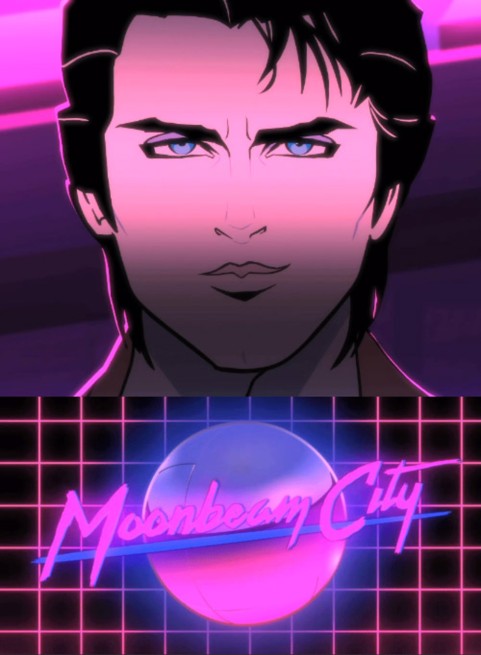 I think the name alone for this show got me on board haha. No but seriously, after I saw the trailer on IGN’s Fall TV preview I knew I had to put this on my watch list. Moonbeam City feels like a throwback to the 1980’s with its parody or cop shows from that era, the visual style and choice of music, both of which are awesome. And I had to say that the visual style of this show is incredible, its vivid in colour, has a unique art style that feels like it belongs in a comic book and the animation is smooth. It reminds me of really great Flash animated movie you’d find on Newgrounds, and I mean that in the nicest possible way. The animation isn’t super fluid and the movements are limited, as is some of the background art, but it seems to balance the line between detail and simplicity. As for the first two episodes “Mall Hath No Fury” and “Lights! Camera! Reenaction!” I like them, while they’re not completely hilarious, they have their moments and I think I liked episode two more because it was more ridiculous. I think Rob Lowe is great as Dazzle Novak, Lowe’s charisma and charm help elevate the character beyond some of his less charming qualities. Now this show will immediately get compared to Archer and to be fair they do share some similarities especially in the art and animation department, though this is a slightly different beast. I do think it needs a few more episodes to prove whether it has any staying power or not but so far I’m liking it and I can’t wait to see more.

So Gotham‘s back, the second season which promises to be better, more serialised and focused… So how’s it doing with episode 1? Not bad. Like before, when it comes to some of the larger-than-life/weirder characters in Arkham or Edward Nigma, the acting can get a little silly and you can’t take the show too seriously especially with the music feeding into that too. However I did like path they’ve put Gordon on and how’s he’s had to get his hands dirty to get what he wants, and I liked Penguin’s use in this episode, he’s powerful, charismatic and charming. The stuff with Bruce, it was interesting, but still my least favourite material. That Zaardon guy, what a weirdo, but at the same time he was quite humourous too.

Besides Alpha House and Extant, this is the other Amazon show I’ve taken a look into and even though I’ve seen the first episode I’m super curious to see more. I saw adverts for this show on TV around 2 or 3 weeks ago, and while the concept sounded interesting, it wasn’t enough to bring me to watch it. However, after really getting stuck into this TV business over the summer I decided to give the first episode a watch and I have to say it was pretty impressive. For those not in the know, the show focuses on a judge who’s suffered a tragic loss, has been born again and believes he’s been contacted by God to seek justice. However his actions to everyone around are seen as crazy delusions and put him at odds with a lot of people, especially those close to him. Like I said before the show’s concept is interesting, but I love how it justifies the potential presence of God through the judge’s visions and actions with situations that look like they could genuinely be supernatural or pure madness from an outsiders point of view. I will say that there are some points where it gets hard to watch, when dealing with subjects like life or death or dealing/reliving traumatic experiences, it can never be easy to deal with and that drama is real and uncomfortable at times. While Ron Perlman’s character isn’t the most likeable guy you do sympathise with the guy and want him to succeed and it helps that Perlman is so good in the main role. I’m also loving the appearances of The Wire and Fringe actor Andre Royoand my man Maximiliano Hernández from the Marvel Cinematic Universe too. I’m curious to see where this show goes in future episodes. 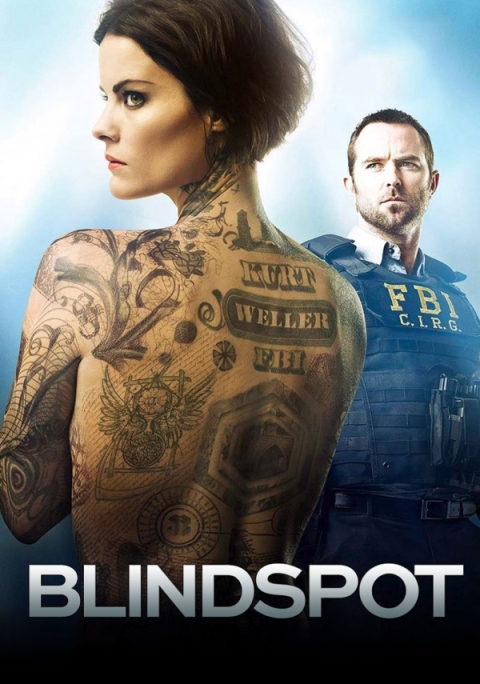 So this was another show that I had to watch after I saw it on IGN’s TV preview. The premise sounded good and it had Jaimie Alexander in it. That was reason enough to give it a try. After watching the first episode I am intrigued to see more. The show basically revolves around Jane Doe, a tattooed woman who has no memory of her past or her own identity, so she ends up with the FBI and using her tattoos as clues they fight crime. This first episode slowly peels away the mystery of the Jane Doe (Jaimie Alexander), giving us pieces of she can do and what her presence life was like, but doesn’t give away too much and keeps the questions coming when it comes to her connections with certain characters. She seems like a very interesting character with a lot of potential depth to her if the show is handled in the right way. I like the way the show is shot and the action was handled well, there is a decent amount of tension and mystery and I love Alexander in the main role and Sullivan Stapleton did well in his role too.

Well that’s what I’ve been watching. So have you seen or plan to watch any of these shows? If you have any thoughts be sure to drop a comment below and let me know what TV shows you’re currently watching  too. Until next time people, laters! 😀

Posted by Hypersonic55 on September 26, 2015 in Life, Media, Television