Howdy people of the internet, time for another film review and today I’ll be talking about Everest. This was one of the films I highlighted in my films to look out for in 2015, but at the time there was no footage on show, but after I saw the trailer last month I knew it’d be something I had to see in the cinema. So after seeing it last night I’m ready to pass judgement! 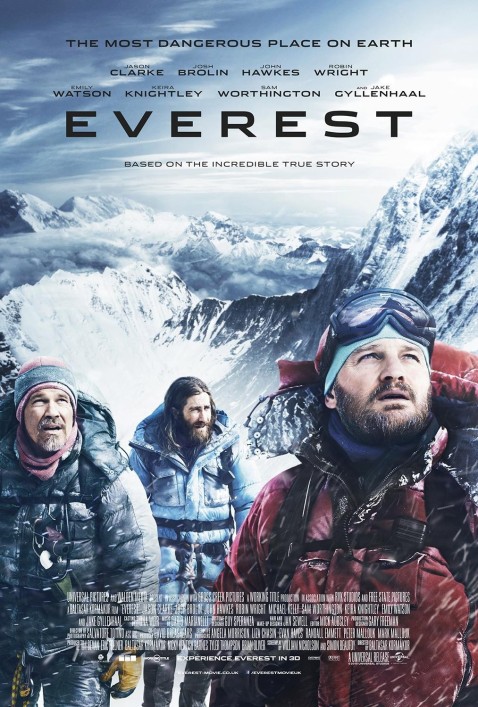 The plot can be summed up as the following:

“On the morning of May 10, 1996, climbers from two expeditions start their final ascent toward the summit of Mount Everest, the highest point on Earth. With little warning, a violent storm strikes the mountain, engulfing the adventurers in one of the fiercest blizzards ever encountered by man. Challenged by the harshest conditions imaginable, the teams must endure blistering winds and freezing temperatures in an epic battle to survive against nearly impossible odds.”

The story was pretty good. The film basically deals with man vs. nature, death, fighting against overwhelming odds and the power of the human spirit. I thought that the film did a great job at highlighting how difficult of an undertaking it was to scale the famous mountain and showing of Everest as a character itself, a force of nature of that could not be taken lightly. I liked how there was the inclusion of humour and banter between the characters, but I also liked how the film didn’t shy away from the darker side of thing with the elements of danger, fear and despair, and man when the shit hits the fan it hits hard. There were a lot of scenes that are hard to watch with some of these characters, and it also didn’t help that I have fear of falling off of cliffs (yeah, I’m serious), and just Gravity and All Is Lost beforehand, this film perfectly realises one of my main fears of death in a realistic and scary manner. 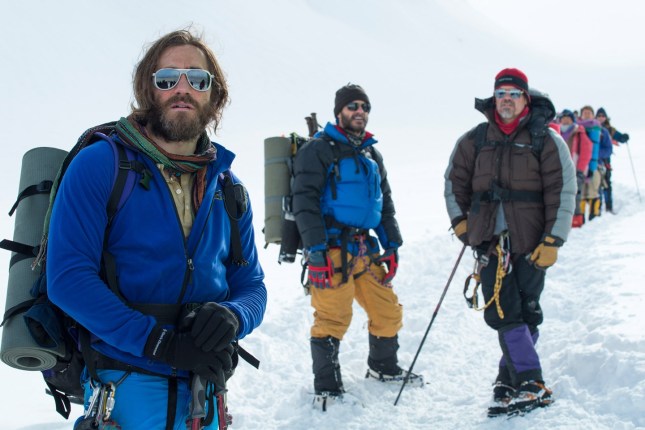 The cast did a pretty good job in their roles, though some stood out more than others. Jason Clarke was really good as Rob Hall, his character his confident, heroic and has to deal with so much drama and chaos, and Clarke really sold me on his material. Josh Brolin was one of my favourites as Beck Weathers, he was a character I got attached to and Brolin did a great job with his material. Jake Gyllenhaal was awesome as Scott Fischer, I liked his charisma and energy. Also John Hawkes was really good as Doug Hansen, Michael Kelly gave strong performance as Jon Krakauer and Sam Worthington did well as Guy Cotter and this was the first film of his in a while or maybe ever where I liked his performance. I also enjoyed Emily Watson’s performance as Helen Wilton, Keira Knightley as Jan Arnold, Robin Wright as Peach, Elizabeth Debicki as Dr. Caroline Mackenzie and Naoko Mori who was just so cute and lovely as Yasuko Namba. 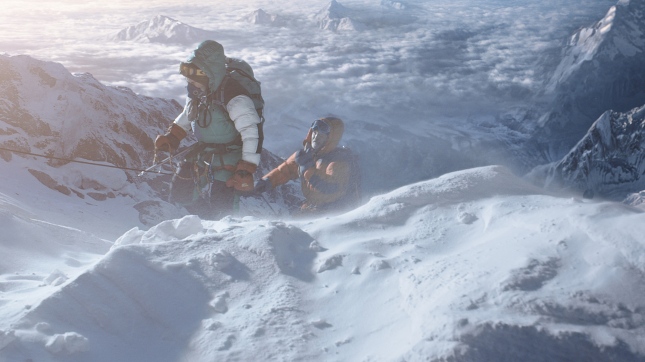 When it comes to the presentation it is truly the highlight of the film. Not to detract from the characters or story, but this is the area of the film that you’ll remember the most after it ends. Visually the film is incredible, the cinematography is great offering various shots and angles of the mountains so that when these characters are climbing and moving at these high altitudes, you can see and feel it. Also the visual effects are stunning and very realistic, the depiction of the mountains are done with just the right amount of scale, detail and clarity, and when the action is going down its pretty hardcore and in 3D the experience is enhanced just that bit more with the extra depth of field too. The sound design is also good with the all of the emphasis on the wind, thunderstorms, movement through the snow or crunch of movement when freezing over being felt throughout. Also the film score by Dario Marianelli is very good giving us a strong, powerful and emotive soundtrack that hit all the right beats and there is one great moment in the film where the music just swells and gives off this incredible sense of determination and satisfaction. 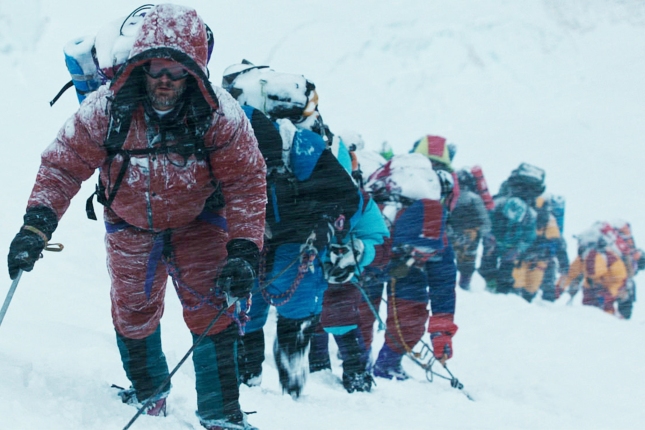 In conclusion Everest is definitely more effective with the spectacle than anything else. While I did enjoy the characters and the story, there are a few familiar narrative elements that hold this film back from being more. That being said, I believe that this film should be watched just for the visual experience on the biggest screen possible.

So have you seen Everest and if so what did you think of it? Be sure to leave your comments below and I’ll see you on the next review, laters! 😀