Howdy people of the internet, time for another trailer review and today we’ll be talking Southpaw. I have been interested in seeing this film for a good few months now and to finally see some footage makes me super happy. So how’s the trailer looking? Well read on and find out.

Check out the trailer below:

Looks very good, but I’m worried that I’ve seen too much.

So what do we have here? Looks like Jake Gyllenhaal is a boxer, things go wrong, he loses his wife, is deemed unfit to take care of his child, and does some less than legal stuff and becomes estranged from his daughter, etc. If it sounds like I’ve highlighted a fair amount of information that is a little more revealing than most trailers it is because I have. I was already sold this film when it had no trailer last year and there was just the image Gyllenhaal looking ripped as hell. But after the success of Nightcrawler I was definitely more hyped to see this film. However, this trailer has committed the worst sin a trailer can; it shows you the whole of the film in the trailer. I mean sure there’s probably a good few elements that won’t be seen until the film comes out, but when you watch this trailer you’re pretty much getting the gist of the entire film and that’s never a good thing. Trailers are meant to tease you with what’s to come and the rest of the experience is meant to be discovered in the cinema. I’m going to have to avoid most promotion for this film from now until it’s release because I don’t want to be spoiled any more.

Outside of my mini rant about the content shown in the trailer, overall I like what I’m seeing. It looks like Gyllenhaal is gonna kill it again giving us all of the emotional material necessary for this kind of role, but now with a more physical element with the boxing. It also looks like the relationship between Billy and his daughter will be a key component of this film and I love strong family ties in dramatic films. I also like seeing a bit of Forest Whitaker and I’m curious to see how Rachel McAdams fares in this film as I haven’t seen her in anything since Sherlock Holmes: A Game of Shadows. 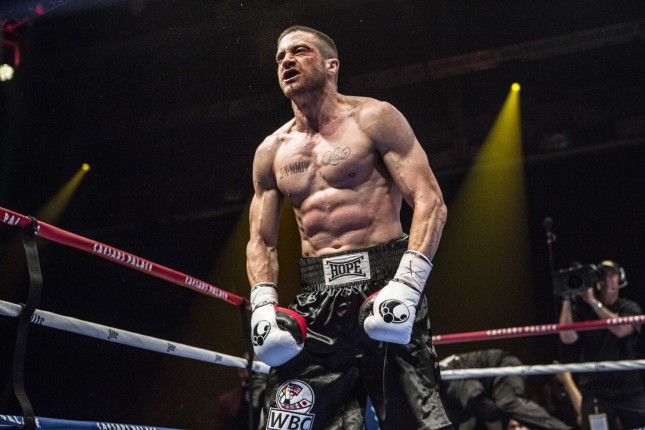 In conclusion the first trailer for Southpaw looks pretty good, while the story has very familiar territory written all over it at the same time there are some unique elements and the performances look very solid. If you’re looking forward to this film avoid the trailers if you can because it pretty much gives away the important details of the story which would be better left unseen and experienced freshly.

So what do you think of the teaser trailer for Southpaw? Are interested in this film and do you feel like the trailer has given away too much? Whatever your thoughts are be sure to leave them in the comments below, until the next time, laters! 😀