Howdy people and welcome to the final film review of today. So after checking out American Sniper and Taken 3, I had the most lucky opportunity of seeing Boyhood in my local cinema. Now as some of you regular readers know, in my home town their aren’t many opportunities to see certain films normally due to the film being independent or not being a massive blockbuster. I thought I’d never see Boyhood until it came out on DVD, but I got lucky with this random screening on Wednesday. So what do I think of the film? Well read on and find out.

The film’s story pretty follows the life of a young man called Mason Evans, from age 5 to age 18. And while Mason is primarily the main character there is also a focus on the other members of his family including his sister Samantha, his mother Olivia and his father Mason Sr. The best way for me to describe this film is like a long-running TV show. You come into it at the start, you get your established characters and with each year that passes, its like changing seasons, and while the setting and scenarios are different each time, the main characters are still the same, they’re the main focus and because of the long time you spend with them, you get emotionally invested in them (for the most part).

This film covers a lot of details for not only Mason, but the other members of his family and some of it is happy and some of it is bad, I can’t talk about the details specifically, but suffice to say it felt realistic and relatable especially as a person who has lived through similar events in life. One of the main things that I loved about the film is the nostalgia factor. As a person who grew up in the earlier years of the film I just felt a great load of happiness when it came to some of the music in the soundtrack, seeing certain events that the characters went to or other small things like the merchandise that Mason owned or what he watched on TV. It was like a game trying to guess the specific time periods and I loved the crazy attention to detail that came with specific aspects of each year. The only nitpicks I have with the film is the story direction and the conclusion. The story covers a lot of ground and to be honest it is hard to say what it is about without reading about it online, so while watching the film, while I was invested in the story, characters and drama, I did think to myself on a few occasions, “Where is the story going and what is the ultimate goal?” And when it came to that ending, I mean damn, talk about anticlimactic. Sure, I understood it in the context of the story, but it felt a bit abrupt. 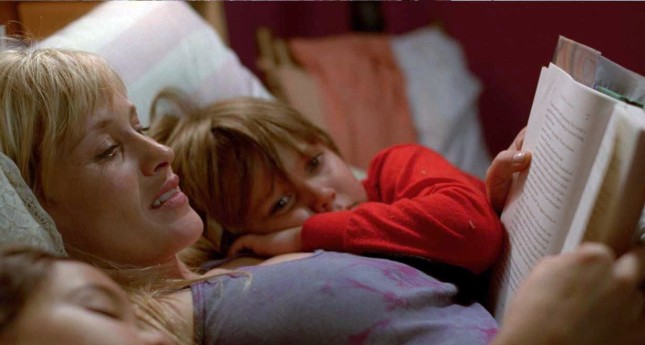 Ellar Coltrane does a great job as Mason Evans Jr. We get to see him in his early years, then grow up, discover the joys and pains of life as part of a family, in school, in relationships and further education and it is just fascinating to see him evolve and change so much over time. As he gets older the guy becomes a little less likeable because of his lack of ambition and there’s a cynical and pessimistic side of him that makes me dislike him incredibly. Though it is a little justified considering the state of his life and the things that he’s endured. Patricia Arquette I think is the real star of this film as she does such an incredible job as Olivia Evans. This is a woman who has lived a complicated life, she has ambitions for herself, but also for her children. however not everything goes her way and life ends up taking a lot of unexpected ways, but she does everything possible to live. Arquette I’ve mainly seen in Boardwalk Empire so I was surprised to see her in this film so much younger, but besides that, her acting was so good. It was impactful and emotional and you can’t help but sympathize with her. The other great performance comes from Ethan Hawke as  Mason Evans Sr. Now Hawke is an actor that I’ve always liked mainly since I saw him in Gattaca and he does a great job in this film, Mason Sr. is a little more carefree, laid-back and realistic about the way in which life works and while he has made mistakes in his life, he tries to do right by his children because he wants them to grow up correctly. Hawke gives such an engaging, charismatic and humourous performance that it makes you want more of him when he’s not on-screen. Lorelei Linklater was also great as Samantha Evans, as a child Samantha is very perceptive, funny, but is also a bit mean and is an attention-seeker. As she gets older, Samantha just becomes a lot less interesting and more reserved in personality. Also wanted to mention that Marco Perella is great as Bill Welbrock. 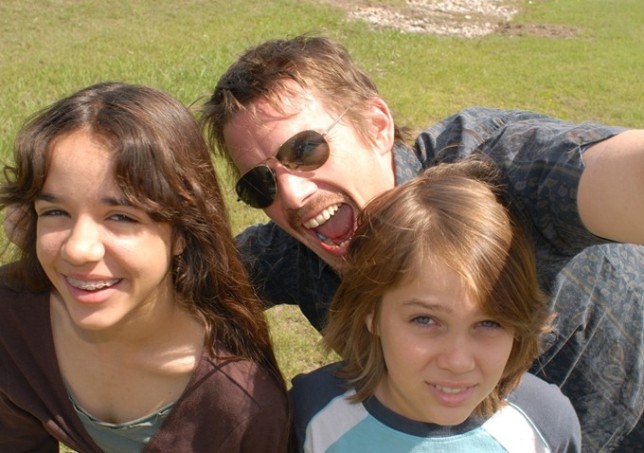 In conclusion Boyhood was a very interesting and beautiful film with some awesome performances from the cast and a delightful sense of nostalgia. That being said the film’s story direction wasn’t completely clear and the ending left me wanting a more satisfying conclusion, but overall it is a film worth watching just for the experience.