Howdy all you jolly people of the internet, time for some new film news and today I’m going to talk about the recent happenings surrounding the next Star Trek film. The following information comes from superherohype: 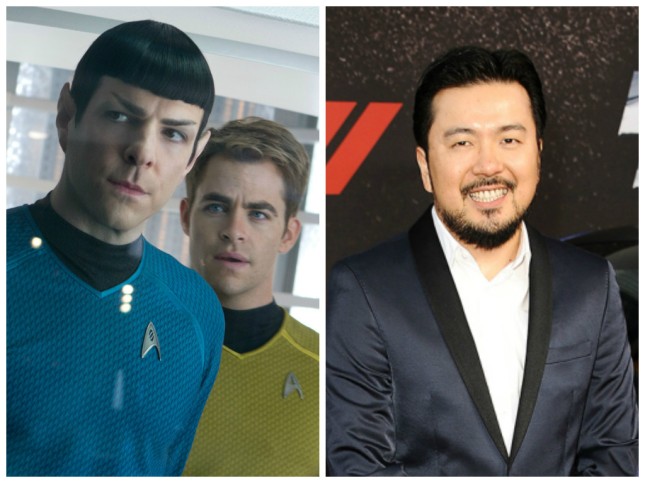 Paramount has, according to Deadline, set four-time The Fast and the Furious franchise helmer Justin Lin to direct the upcoming Star Trek 3 (or 13 depending on your point of view). The new arrives nearly three weeks after word first broke that Roberto Orci would not be taking the director’s chair.

Lin’s credits also include his indie debut Better Luck Tomorrow (which he retconned into a The Fast and the Furious prequel of sorts), the Naval drama Annapolis and several key episodes of Dan Harmon’s “Community”. He’ll also be directing the first two episode of “True Detective” season two.

And then there’s this follow-up article also from superherohype:

Following word yesterday that four-time The Fast and the Furious franchise helmer Justin Lin is set to direct the upcoming Star Trek 3 (or 13 depending on your point of view), Paramount Pictures has officially announced a release date of July 8, 2016. 2016, as Trekkies are well aware, marks the 50th anniversary of Gene Roddenberry’s enduring sci-fi franchise.

So we finally have a director and release date for the next Star Trek film, and I, am okay with this. Now firstly let’s talk about the director, Mr. Justin Lin. This guy has good credits, besides breathing life back into the Fast and Furious series, this man as also handled one of my favourite shows, Community and will be working on True Detective as well. The man has talent and he definitely knows his action sequences and can get the adrenaline pumping in the F&F films, now obviously that doesn’t necessarily translate into the Star Trek series, but I can tell that this man will at least give us one hell of a ride when it comes to the action and spectacle. As for the release date, 2016, I’m down with it, looks like I can add another film to my watch list of most anticipated films of that year.

Now I’m a big fan of the recent Star Trek films, the first one in 2009 was one of my favourite films of that year and it was a create reinvention of a then dying franchise and the sequel, Into Darkness was a pretty decent follow-up which at the time I liked very much. Now both of these films have had their fair share of criticism, the first film had people complaining about the heavy use of action, questionable portrayals of original TV characters, the use of a new timeline to justify changing the events of the original cannon and the of course, the lens flares. The sequel also suffered from some of the issues from the first, but also had complaints about the bickering between Spock and Uhura, the lack of advancement in story and characters between the first and second film, the 4-year gap between films, the unnecessary secrecy of the use of the villain Khan, the use of Khan in general and all of the parrells to Star Trek II: Wrath of Khan. I like this new series of films, but I can honestly say that my love for Into Darkness has waned a lot since last year, whereas the first film I still love. I am interested in seeing a fresh set of eyes handling this film series, I just hope that they balance between story, characters and action is done correctly.