Howdy ladies and gents of the interweb, time for my review of episode 21 of Marvel’s Agents of S.H.I.E.L.D. entitled “Ragtag“. I really have to apologize again for the late review on this, but I have had the most hectic time at university recently, it’s really hard to balance between the blog and my work and not procrastinate. 😛 Anyways, AoS has been on a hot streak of recent, can it continue to keep up that momentum. Read on and find out.

Ward’s betrayal and HYDRA’s shocking secrets are revealed as Coulson’s team goes undercover on a mission that leaves no one unscathed. 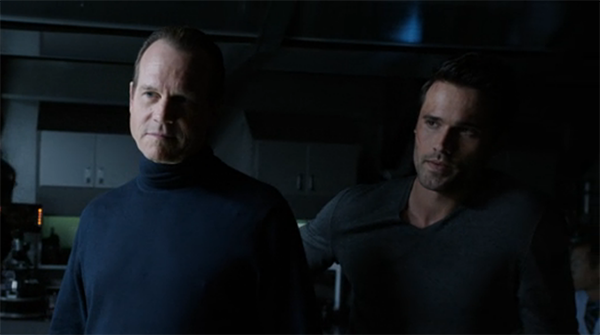 This episode was really cool, I loved the non-linear approach and overall the information presented was really unexpected and insightful relating to Grant Ward and John Garrett which makes them even more interesting than ever before. While Coulson and his crew have their moments to shine, this episode definitely makes the bad guys come across on a more engaging level. 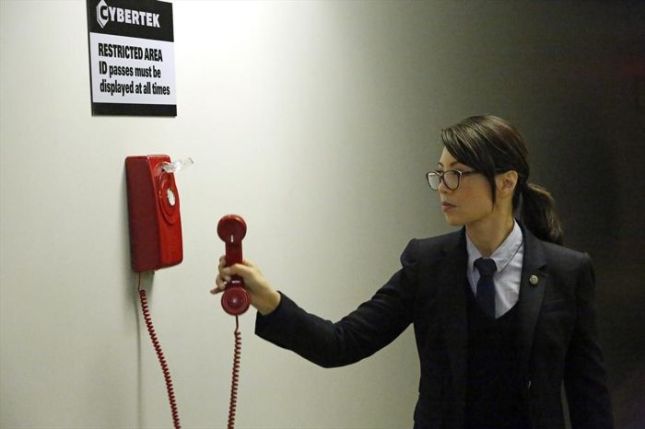 Other things to note was the interesting points are the small conversations, like the ones between Raina and Deathlok, Ward and Raina or May and Simmons. Both are insightful and give us more to look forward to in the future. What really stands out is the fact that a place in China, where Skye was found was attacked and the people massacred by monsters, however the monsters were apparently Skye’s parents? What the hell? Now this show needs to stop messing me around and give me answers! I want to know what makes her so damn special! And what the hell was up with that ending? Centipede soldiers are back and ready to take out Coulson’s team? Madness. Cannot wait to see how they get out that one.

The one thing I wasn’t keen on was how this episode tried to make me feel for Ward. Now I’m not sure if that was the writer’s intention, but it sure felt like the people behind this show was trying to get us to feel for Ward and make him seem like he’s still got some good in him by showing him struggling to kill the dog in his past or not shooting Fitz and Simmons in the present. Some people may want Ward to be good, but I don’t. The dude’s bad, he’s been part of Hydra for a long time, he’s killed, he’s a bad guy and I like it this way. Makes him way more interesting and fun. I want him to be bad and have no redemption, because if he doesn’t change his ways and gets back on to the team then that totally defeats the 180 he did in “Turn, Turn, Turn“, leave him evil!

In conclusion “Ragtag” is a great episode and probably my favourite since episode “Providence“. The heavy focus on Ward’s backstory was great as it allowed us to learn much more about him and his history with Garrett (who was still a badass back then too lol) and seeing how it connected to modern-day Ward and Garrett was kick wonderful. On top of that there was a lot of interesting discoveries made in this episode and a some great set-up towards the season finale. There are still many questions left unanswered and many things that need clarification, I hope that we’ll get the answers.

So what did you think of “Ragtag“? Whatever your thoughts drop them in the comments below and I’ll see ya again for episode 22, THE FINAL ONE YO! 😀

Posted by Hypersonic55 on May 12, 2014 in Media, Reviews, Television, TV Reviews

One response to “LATE Agents of S.H.I.E.L.D. “Ragtag” Review”