Good day to you ladies and gents, time for some film news and it seems like another actor has been added to the cast of Marvel’s upcoming Ant-Man film. The following information comes from superherohype: 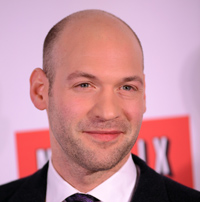 Set to begin production shortly in Georgia, Ant-Man will be directed by Wright, who co-wrote the script with Joe Cornish (Attack the Block).

Stoll is also well known for big screen roles in projects like The Bourne Legacy, Salt and Midnight in Paris.

The film, which is supposed to launch “Phase Three” of the Marvel Cinematic Universe, will follow Avengers: Age of Ultron’s May 1, 2015 release.”

Okay, cool, so we have another cast member for this film, unfortunately I don’t really remember him from anything. I just looked up his filmography and have found that he’s been a few films I’ve seen including The Number 23, Push, the last Bourne film and more recently Non-Stop, and that’s when I realised where I’d seen his face before. He’s one of the passengers on the plan that has a fair bit of interaction with Liam Neeson’s character. I can’t tell how good of an actor he is because I’ve not seen him in a leading role or a massive supporting role, I’ve yet to see House of Cards so I dunno if he’s good in that or not, but hey if he’s been cast in this film he must have some talent right? As for the mystery role he’s got I’ve got no clue. I don’t read any of the Ant-Man comics, however fans online have speculated Stroll could be Egghead just because he’s the only bald villain in that universe. I’m curious to see what happens in the future when the mystery of Stroll’s role becomes apparent.