Howdy people of the internet, its time for a new film review and today’s review will be on a film I’ve been easily anticipating for AGES; Thor: The Dark World. Now I reviewed Thor on Tuesday and now we have the follow-up which promised more character development, a new villain and more realism and not only does The Dark World have to follow-up from the first film but also The Avengers too, so does this film succeed or fail? Read on and find out in this spoiler-free review!

In terms of the story it takes places two years after The Avengers, Loki has been imprisoned, the Bifrost bridge has been repaired and Thor has been fighting away to restore peace to the Nine Realms. And for a little while things look like they’re stabilizing and becoming peaceful, but in the depths of the universe evil lurks waiting to be unleashed. A powerful energy known as the Aether is chased after by the race known as the Dark Elves, lead by Malekith who wishes to use it to plunge the universe into darkness. This not only spells trouble for Asgard, but also Earth and the rest of the realms too, so now Thor will have to go above to save not only Jane Foster but the rest of the universe too.

I thought the story in this film was great, from the beginning there’s a greater sense of scope and danger that comes with this plot and it all feels so much bigger and more involved than the first film. The overall tone is much darker and more serious and considering the threat involved that is a welcome addition, that being said there are still great moments of humour that works really well. The involvement of the Dark Elves and the history of Asgard and the Aether brings a lot more mythology to this fantastic world that was established in the first film and fleshed it out a lot more. I also like how even though there are crazy chaotic things happening on Earth and in Asgard, that there were still intimate moments with the characters. Family is still one of the key themes in this film and it is brought to the forefront and handled is a beautiful way, most moments between Thor, his family, friends and Jane are wonderful. 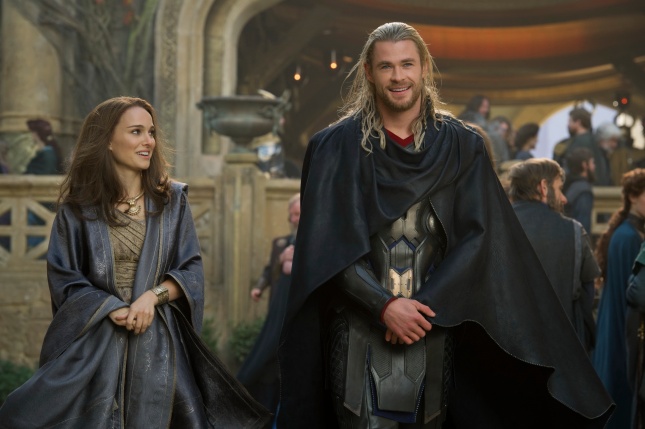 When it comes to the cast all amazing. Firstly Chris Hemsworth is still amazing as Thor, in the first film he took on the role with such charisma, flair and understanding of what the character embodies in the comics and in The Avengers he continued to impress. And in The Dark World Hemsworth just in his element, he’s badass, intimidating, funny, but also human and expresses a great deal of emotion too. And then there’s Tom Hiddleston as Loki, OH MY GOD, WHAT A BEAST! At this point its hard for me to deny my love for this character, since the first film Loki has inhabited a more sympathetic and likeable demeanour than his comic book counterpart and in The Avengers, Loki when to new heights to become the more villainous and despicable man he’s known as while still having a sense of humour and being incredibly cool and sophisticated. In this film Hiddleston nearly steals the show, his acting talents know no bounds and he takes Loki to deeper, more emotional places which just makes the character a joy to watch. Hiddleston along with Hemsworth are just fantastic and share some amazing scenes together and they’re both the major highlights of the film.

Natalie Portman as Jane Foster was pretty good, I feel like she’s matured just a bit and because of her role in the story I feel like she’s a lot more useful and interesting than the first film. Anthony Hopkins also steps it up as Odin offering some really wonderful father-son moments whether they agree or not, Odin looks out for Thor but is not afraid to voice his opinion. I also loved Idris Elba as Heimdall, this guy had a bit more to do in this film as he had more screen and action time than the last film, Elba is awesome in most roles he’s in and in this film he’s no exception. Then there’s Christopher Eccleston as Malekith the Accursed is pretty damn awesome as the main villain of the film, he’s scary, doesn’t seem too cliché in his personality and I like how he just wants to rule the universe in darkness like the days he knew before now. Also Adewale Akinnuoye-Agbaje as Algrim/Kurse was pretty cool, he a very creepy and powerful beast-like creature and offered up some good challenge for the good guys in this film.

Other good performances include Kat Dennings as Darcy Lewis, while her character is still primarily for comic relief, she did provide good moments of humour. Stellan Skarsgård as Dr. Erik Selvig makes a great return and strangely enough is a lot funnier in this film. Jaimie Alexander as Sif still looked incredible and kicked ass though she wasn’t nearly in the film as much as I’d hoped. And then there’s the Warriors Three with Ray Stevenson as Volstagg, Zachary Levi as Fandral and Tadanobu Asano as Hogun, they were all great and did well in their roles especially newcomer Zachary Levi, I just wish there was more screen time for them. Oh and Rene Russo as Frigga she was epic, I like how her role was expanded for more active stuff and emotional moments with her family and Jane. Oh and lastly may I just say that Chris O’Dowd in this film was great, while his role was small it offered up some really funny scenes.

As for the presentation of Thor: The Dark World it is easily one of the film’s strongest points. Visually the film looks INSANELY beautiful, the CGI is so much more vivid, colourful and detailed than ever before offering up some truly impressive material when it comes to the scenery of Asgard and the other realms. And may I just say that Asgard on a whole is WAY more lively and seems more realistic than before with more scenes dedicated to interior and exterior locations within the city that aren’t just in the main hall. Also the action sequences are very intricate and vast than before and luckily everyone gets enough screen time to kick some ass! Oh and the soundtrack by Bryan Tyler is amazing, this guy is really starting to become one of my favourite film composers, and while none of his music reaches the majestic points that Patrick Doyle’s score did in the first film, this soundtrack has a lot of epic and beautiful moments that amplified the emotion tenfold. 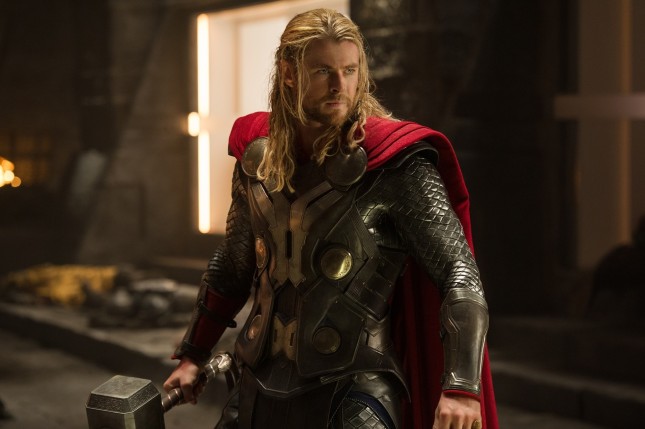 So in conclusion Thor: The Dark World is another great film for Marvel, it takes the foundation from the first film and amplifies the story, characters and action by a lot more. Alan Taylor has done a really good job at giving us a more dramatic and realistic version of this fantastic world that Kenneth Branagh crafted. In truth it is the characters that make this film truly special and Chris Hemsworth and Tom Hiddleston are simply incredible and really elevate this film into something special.

Rating: 8.5/10 (This is a sequel that goes above and beyond to deliver much richer and deeper experience than the first film)

So what did you think of Thor: The Dark World? Did it meet your expectations or were you disappointed? Whatever your thoughts, drop in the comments below and I’ll see ya on the next review yo! 😀