Howdy ladies and gentlemen and welcome to Day #28 of my Month of Superhero Film Reviews! During this month I’ll be reviewing of some of the best and worst comic book adapted films. After the not too impressive X-Men yesterday let’s talk about the far superior sequel that Bryan Singer crafted in the form of X-Men 2 aka X2 aka X2: X-Men United. Yeah, X-Men 2 is some cool stuff. I remember watching this in the cinema and being so happy afterwards. After all these years X-Men 2 is still been one of my favourite comic book films and even though there are a few things I would have changed about the film, it is still awesome and I have a great time watching it. So its been a while since I watched it last, have my views changed in 2013? Read on and find out.

Now let’s talk about the plot. After the events on Liberty Island, everyone at Xavier’s School for Gifted Youngsters is settling in. Magneto is locked up in a plastic cell, Rogue and Bobby Drake have finally gotten together, and Wolverine has set off to find his origins. But after a mutant attack on the President, everyone starts to fear any type of mutant. William Stryker, who plans to stop all mutants, raids the mutant school, causing Wolverine and his team of mutants to go into hiding. Stryker has managed to capture Xavier and will use him to create another version of Cerebro. So now the remaining X-Men must now team up with their enemy, Magneto, to stop Stryker before it’s too late.

The story in this film is a lot better than the last film. Rather than having a plot that doesn’t quite add up to anything, this plot gives us a lot better material that’s brilliant in regards to the story, characters and spectacle. With William Stryker’s plan to eliminate the mutants, it makes for some high stakes storytelling especially with all the characters involved. I also like how Stryker tied-in with Wolverine’s past, his son had connections to Charles Xavier and because of Xavier’s previous experiences with trying to help humans, Magneto is interconnected in this too. The film’s story just felt a lot bigger in scope than before and it felt a lot smarter and was way more interesting because of the comic book elements that was added in. I loved the Wolverine origins, the continuing struggles for the mutants against humans and the progression of Jean Grey’s abilities.

Now let’s talk about the cast. Let’s start with Hugh Jackman as Logan/Wolverine. In this film Logan is still trying to find out about his past and is having flashbacks via nightmares. I think this is where Jackman really started to own the role as Wolverine, here he’s more aggressive, dramatic and more in line with his comic book roots. Patrick Stewart is still great as Professor Charles Xavier. Stewart gets more screen time due to his expanded role in relation to the plot and his performance is fabulous offering some moments which are cool, assertive and classy. Also Ian McKellen is magnificent as Erik Lehnsherr/Magneto. Like Xavier, Magneto’s role is expanded in this film due to the story, in this film Magneto is even more sophisticated, aggressive and brutal. McKellen has many great scene-stealing moments and great lines of dialogue too.

Now let’s talk about Famke Janssen as Dr. Jean Grey. I actually liked her character a lot more than the last film, in this film Jean had a more pivotal role and this film really started to look into her powers too. Even though she was still playing with the emotions of both Logan and Scott, Janssen was nice. Halle Berry fares a lot better as Storm, this time her character has a lot more to do and is brought the front of the story. Berry looks sexier than before in the role and she has much better scenes when it comes to using her powers. James Marsden unfortunately doesn’t get too much better as Scott Summers/Cyclops. He does have a few more moments to shine and isn’t as much of a useless background character is in the prequel, but he is still a bit of a pussy and isn’t the character I know from the comics.

Anna Paquin was still good as Rogue, I thought she had some nice moments in terms of action and I also like how she tries to establish a relationship with Bobby. Shawn Ashmore makes for a cool Bobby Drake/Iceman, he has an expanded role in this film and I liked his story elements and budding relationship with Rogue. Also Aaron Stanford stands out very well as John Allerdyce/Pyro. You can see he’s a guy who doesn’t completely live by the rules, has issues with the mutant discrimination and really wants to show off his abilities. Stanford has some great moments especially when he displays his powers. 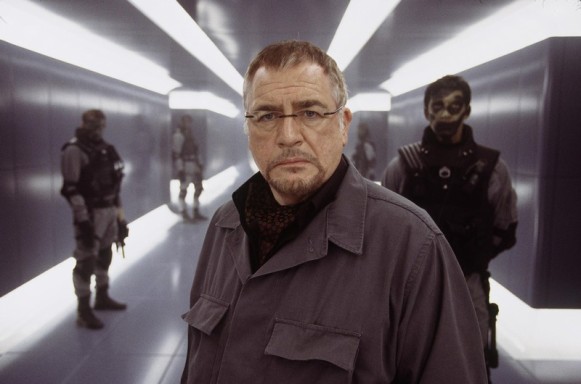 Rebecca Romijn-Stamos continues to be awesome as Mystique, she continues to be one impressive woman as she infiltrates several locations, fights off loads of enemies and changes into several people. As for Brian Cox as Colonel William Stryker I thought he was very good as this man who has a military background and has ties to Wolverine’s past. Cox was great in the villain role and he lended himself very well to the source material he was given. But one of the most stand out performances is Alan Cumming as Kurt Wagner/Nightcrawler. This character is one of my favourite characters from the comics and he is wonderfully brought to screen in this modified versions. Cummings was very cool, funny and incredible as Nightcrawler and was one of the best people in the film. And Kelly Hu as Yuriko Oyama/Deathstrike was cool, she was the crazy mutant with the same abilities as Wolverine though she had much more agility and karate skills. 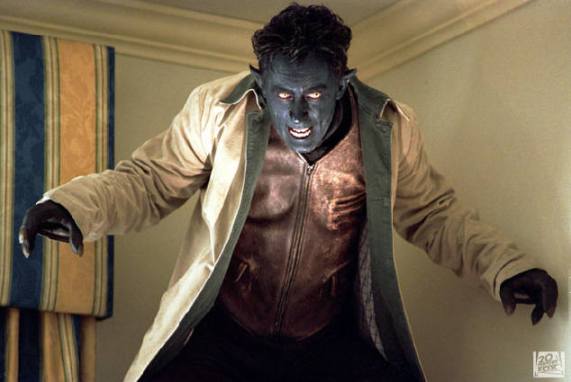 Now let’s talk about the presentation. Visually this film is so good, the CGI in impressive and the make-up is nicely done too. I also love the action in this film, its wonderfully crafted and is very exciting to watch especially when it comes to the brilliant opening sequences with Nightcrawler in the White House or seeing Wolverine fighting people or Pyro’s fire scenes too. As for the soundtrack by John Ottman its great, its way better than the last film with a better sense of epicness, it’s not overly amazing, bit it does its job well.

And lastly how does it compare to the comics? As I said before I’ve only read a bit of the X-Men comics and my knowledge is more in lines with cartoons. But from what I know this film adapted some of the source material well like Nightcrawler’s abilities, Wolverine’s back story and the introduction of William Stryker was good too.

So to conclude X-Men 2 is still a kick ass film. It takes the Everything in this film is miles better than the prequel, the storytelling is better, the returning cast are better utilized and the action is on another level. Even after all this time X-Men 2 is still a good superhero film and has a good few comic book elements implemented that makes it so much fun to watch. While the film isn’t perfect and has a few things that I’d personally change, I’d say that this is still one of the best comic book films and it deserves respect.

So there’s my review people, only 2 more to go. So have you seen X-Men 2 and if so what are your thoughts on it? Drop me a comment and let me know your thoughts yo! Come back tomorrow and I’ll have a new film review online, until then peace out!