Hulk and the Agents of S.M.A.S.H. First Trailer Review

Okay then, time for another trailer review, okay so technically its more of a promo, but it’s got just about enough to talk/rant about so let’s talk! So with the disappointment that is the Ultimate Spider-Man running currently on TV, and then the not so impressive Avengers Assemble cartoon coming out recently, Hulk and the Agents of S.M.A.S.H. has a lot to prove. It already seemed like a questionable cartoon when it was announced last year, but from this promo it makes me even more afraid than ever before.

Here’s the promo below:

Straight from the time I hear the narrator I’m already in a state of worry, it feels like he’s introducing me to the Ultimate Spider-Man and that’s something I don’t want. So okay, we have five different Hulk’s all with different personalities and traits and honestly it feels like these characters are The Avengers though all of them are super strong. Hulk seems normal so I have no problem there, Red Hulk seems like a bit of an arrogant muscle head, She-Hulk seems to be in line with her comic book persona, A-Bomb seems like an annoying reject from the Ultimate Spider-Man cartoon and Skaar seems interesting but I don’t like the sound of his voice.

The art style looks detailed but kind of simplistic and it’s not my favourite depictions of these characters especially because I know what some of these people look like in the comics. The animation seems good, but nothing overly amazing. But I think the worst thing about this cartoon is the over abundance of humour. Why does every character have to bust out a one-liner or some kind of silly joke after they do something? It just bugs me. I’m not completely adverse to humour so long as its done in moderation, but most cartoons today seem to be taking it too far. 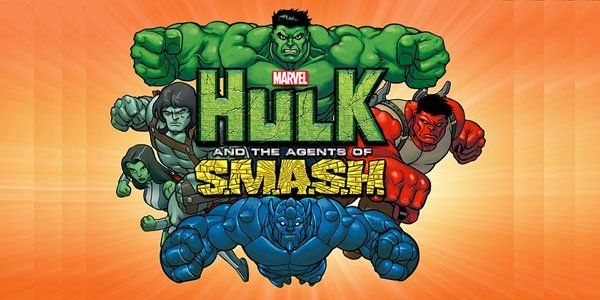 In conclusion Hulk and the Agents of S.M.A.S.H. just looks like another cartoon adaptation of a comic book series that is dumbed down and full of humour for kids. I will give it a chance but honestly it looks worse then Avengers Assemble (and I already don’t like the look of that show). this makes me wonder what the future of animated TV will be like not only for Marvel but their young audiences too. If this is the quality of material we can expect for the next few years then I am very worried for the younger generation, they will never see the quality TV that us older people saw in the 80’s and 90’s (and to some degree the 2000’s too).