Howdy ladies and gentlemen and welcome to my Month of Superhero Film Reviews! During this month I’ll be reviewing of some of the best and worst comic book adapted films. Alrighty then we’re on Day #2 of these superhero film reviews and now we continue with the Sam Raimi Spider-Man trilogy with what is arguably one of the best superhero films in existence and one of my all-time favourite films, Spider-Man 2. So after the success of Spider-Man in 2002 a sequel had to be made right? So enter Spider-Man 2, released in 2004, and at the time it was a highly anticipated film. The first film had set the stakes pretty high, I don’t think people were ready for the epicness that would follow. 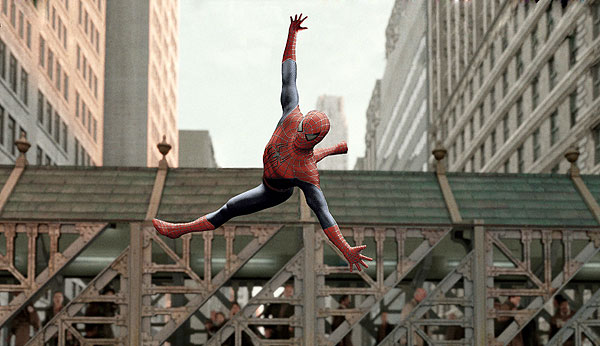 In terms of the plot this film is set two years after Spider-Man, and focuses on Peter Parker struggling to manage both his personal life and his duties as Spider-Man. We also get a new villain in the shape of Dr. Otto Octavius, a scientist who becomes Doctor Octopus after an experiment fuses four mechanical tentacles to his back. And it is down to Spider-Man to stop new threat from destroying the city of New York.

To say that I love this film would be an understatement. I ADORE THIS FILM! Before I watched The Shawshank Redemption this was my number one favourite film. If that doesn’t speak volumes about how much I love this film I dunno what will. I’ve watched this film so many times I know it inside and out, and I quote it almost all the time especially with my best friend Chris.

When it comes to the cast all of the returning members are on top form as well as the new additions to the cast. Tobey Maguire as Peter Parker/Spider-Man is still awesome. In this film you can really see that Parker’s life is in the worst place possible and Maguire excels in showing us the emotional strains of have a dual life as a hero and an everyday person. As for Kirsten Dunst as Mary Jane Watson I feel like her character was a little more developed and had more to do, while she may not again be the MJ from the comics, she does well here and has good chemistry with Maguire. But why in the holy mother of hell did she go ginger in this film, Mary Jane is meant to be a red-head! Anyway moving on… James Franco as Harry Osborn was awesome, this was the film that really made me like Franco as an actor. Harry now is now the head of his father’s company, but behind the shadows he still holds a resentment against Spider-Man over his father’s death. And because of Peter’s position as Spider-Man it puts a very difficult strain on their friendship. I loved seeing Harry evolve in this film and see how Spider-Man started to effect their relationship to the point of deterioration. 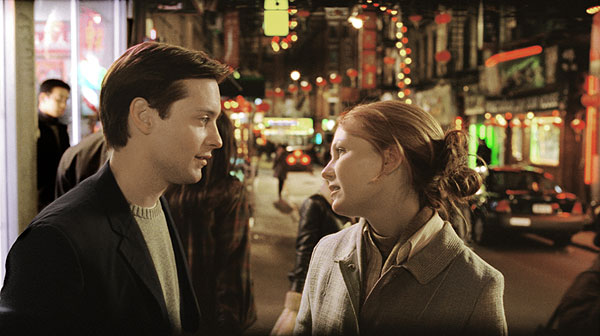 Now let’s talk about Alfred Molina as Dr. Otto Octavius/Doctor Octopus. If I had to sum him up in one sentence it’d be this: He was bloody awesome. Now this is a villain that not only could go toe to toe with Spidey in a fight, but also had a more complex story and likeable personality. Doc Ock has style but is also ferocious and unpredictable. I love Molina in this role! We also get some more beautiful moments of Rosemary Harris as May Parker, her scenes with Peter are so heartfelt and dramatic, it gets me all emotional. And of course J.K. Simmons as J. Jonah Jameson is still playing the character so well that it is unreal. Simmons handles his dialogue and scenes with such charisma and finesse that he’s just perfect and hilarious at the same time. 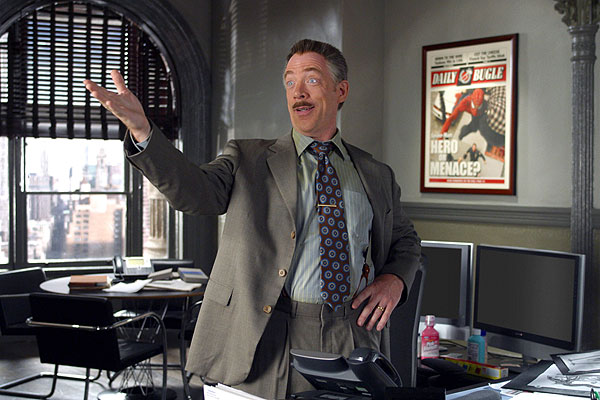 There are also great contributions from Donna Murphy as Rosalie Octavius, the wonderful appearance of Dylan Baker as Dr. Curt Connors and the small appearance of Willem Dafoe as Norman Osborn near the end of the film too which is awesome!

In terms of the presentation, in Spider-Man 2 it is near flawless. After this film came out I expected this level of quality in all future superhero films. Visually it is AMAZING. The CGI and special effects were so much higher than the last film and it made for some incredible action sequences, that well beautifully shot and perfectly choreographed. The Spidey vs. Doc Ock train fight will always be one of my favourite moments in any film ever. As for the soundtrack Danny Elfman takes the foundations of what he did in the first film and elevated it by ten, the themes in this film are so beautiful it’ll have you in tears. 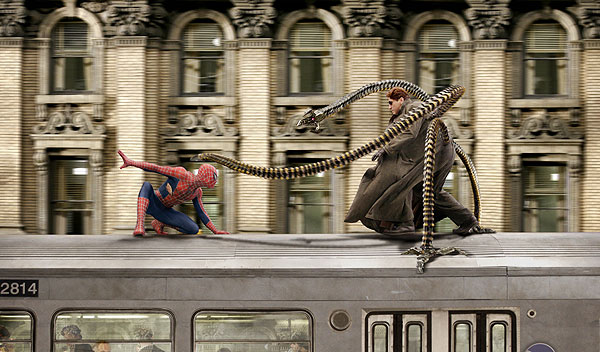 Now even though I love this film to pieces, there are a few issues here and there. Firstly the CGI and special effects, while miles better than the first film do look a little too obvious at points. Also I guess it comes down to that cheesy and sometimes awkward corny nature that this film series has too. But other than those its hard for me to criticize a film I love so much.

As for how it compares to the comics well it does take a few cues from it pretty well like the constant struggle that Pete has between his personal life and his life as Spider-Man or when Peter decides to give up being Spider-Man which is taken from taken from The Amazing Spider-Man No. 50. There is also how Doc Ock is able to go up against Spidey equally in a fight and how he still has a dark sense of humour too. 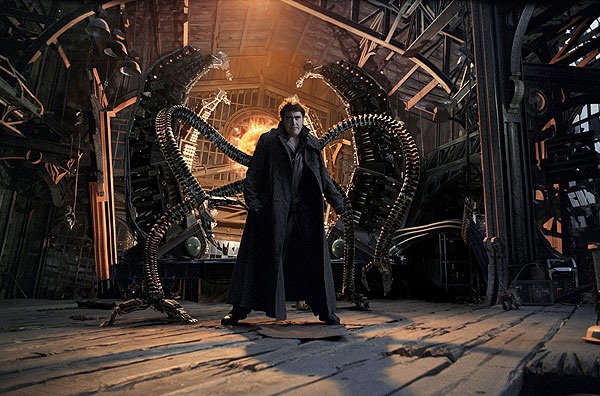 Oh and lastly I wanted to mention Spider-Man 2.1, the extended version of Spider-Man 2 that featured 8 minutes of unseen footage. I’ve only seen it twice in the 5-6 years that I’ve owned it but I felt the need to bring it up. The new footage dotted around the film, while not all of it necessary does add to the overall narrative and character development. Because of this additional footage we see more interaction between Peter and Harry, we also see Mary Jane and her friend discussing her engagement. There’s also an extended scene with the doctor examining Peter and lastly there is an amusing scene with Jameson in his office wearing the Spider-Man costume too. Again some of the additional footage is cut for good reason while other parts just help flesh out the material that’s already there.

In conclusion Spider-Man 2 is just one of those exceptional films that really not only excels as comic book film, but really works as a great action popcorn flick due to its great storytelling, character development and incredible action sequences. Obviously the film came out almost 10 years ago and the film does have its flaws here and there, but to not acknowledge how great this film is in the superhero genre would be a crime. This is still one of the finest films in the superhero genre and I can’t recommend it enough.

So there’s my review people, only 28 more to go. So have you seen Spider-Man 2 and if so what are your thoughts on it? Drop me a comment and let me know your thoughts yo! Come back tomorrow and I’ll have a new film review online, until then peace out!